In Focus: Enya’s carbon fibre range of guitars for any application 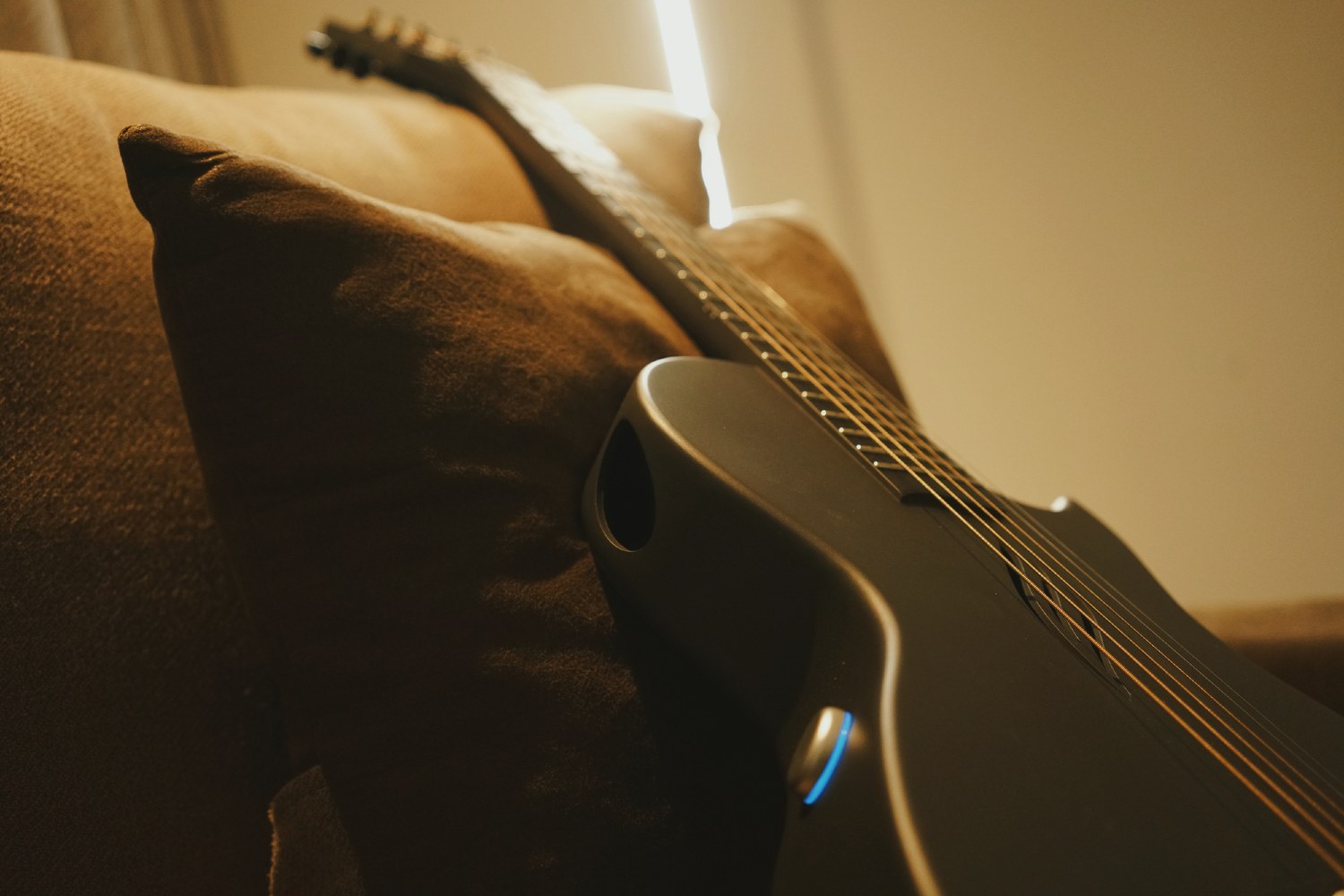 The word ‘innovation’ might just be one of the most overused terms in the whole industry of marketing musical products.

Too few musical companies today are actually within the business of innovation – that is, taking something great and tweaking its design to make for a product that genuinely makes a splash on the market – and it’s arguable that the future of musical manufacturing is at risk due to so many heavyweight brands just playing it safe; waiting to safely clone the next big thing, rather than take the plunge of creating it for themselves.

Currently holding 16 invention patents and over 80 design patents, Enya is one of the most innovative instrument makers today.

Leading the charge with their innovation is their impressive range of carbon fibre guitars.

Research and development of carbon fibre as an acoustic material began quickly in the early 2000s and it was predicted to overtake the use of woods as soundboards for stringed instruments, much to the uproar of the traditionalists that grace the space of musical instruments.

For guitars, carbon fibre’s durability, sound, consistency, and weight make it an attractive option. Not only is the material tougher to dent, scratch, or crack than wood, it’s also resistant to changes in temperature or humidity.

You wouldn’t have to worry about your carbon fibre guitar as much when going camping with it, taking it on planes as a carry on, or going over to your friend’s place to jam. The flagship model of Enya’s carbon fibre guitars range is the X4-PRO which features a carbon fibre top, back, sides, and neck, and a Richlite radius fingerboard with a silicon crystal inlay.

Richlite has long been discussed as being the best alternative to woods like ebony, while many actually believe it may just be superior. Many guitar players also feel strings bend more smoothly on a Richlite fingerboard.

The X4-PRO also boasts an AcousticPlus preamp which can naturally enhance the sound and resonance giving the guitar the effects of reverb, delay, and chorus, without having to fork out any extra for more gear.

Another incredibly interesting guitar is the NEXG smart guitar, a “complete game changer”.

The Enya NEXG is the world’s first smart audio guitar, combining a Bluetooth speaker, preamp, sound card, and onboard effects into a single instrument.

It boasts a built-in tuner, a vocal remover button, and a detachable outer frame, while also being one of the most comfortable guitars to play thanks to its radius fretboard and zero fret design.

It is a 38” silent carbon fibre guitar, weighing in at around three kilograms, with built-in high quality audio typified with Enya’s D2 and ES2 chip which can enable functions of an audio card, useful for live streaming and recording, as well as guitar effects, capable of dual-data processing.

Vocals and backing tracks at the same time are no problem, with a vocal centre-cancelling feature enabling you to perform with tracks, and provide the vocals yourself. There are three speakers built into the unit – a 30W woofer, and 2x10W tweeters, while the design includes an anti-feedback suspension sound cavity.

With a long press on the button, the bright OLED turns on, immediately showing volume level, while the two additional buttons control the tuning functions, eliminating the vocal track in the music, Bluetooth, as well as switching between performance mode and music mode.

The NEXG is equipped with a large-capacity battery that provides performance of more than five hours.

With the included 30W fast charger, it takes 2 hours to recharge to full capacity.

There are five presets which can all be modified using the Enya Music app. The modes are:

In terms of connectivity, there is the fast-charging port, a headphone jack, mobile phone, and live streaming jack, all at 3.5mm, as well as a TRS 6.35mm line out and mic input jack.

It doesn’t stop there for Enya as the new lightweight, 33” Nova Go is the world’s first convenient carbon fibre smart guitar with its own live sound card, effects, and Bluetooth playback control.

Users can easily switch between four effects for more playable and more diverse styles and can be connected to the Enya Music app platform via Bluetooth.

Head to Enya for more information. Reach out to SWAMP Industries for local enquiries on Enya products.