From the Kiss Army to the Swifties, from the most eccentric to downright nuts, music fan clubs don't get any bigger

We’ve all been there, getting a little obsessed with a band or musician, we buy all their merch, stock up on their vinyls, and follow hundreds of fan pages dedicated to them.

Ever since music was thing, fan clubs have been an important staple of the industry, and today we’re diving into 11 of the most wacky, wonderful, and wide-ranging fan clubs over the years.

Elvis fever is currently at an all-time high after the star was immortalised in movie form, all of us saw the insane legacy and following the King of Rock had, and still continues to have. The movie also displayed his connection to fans, and the length many went to get a glimpse of the singer.

Almost 50 years on from his untimely death, his fandom is still one of the world’s biggest, many groups across the world often band together on yearly pilgrimages to Graceland, the former home of the legend, which has since become a museum. You’d be hard pressed to find many other fan groups who are that dedicated.

The world of fan culture is the way it is today thanks to The Beatles. The term Beatlemania is used to describe the crazy culture that we see in old school live videos of the group, and the insanity that went on during all their appearances.

We saw this mania continue with modern boy groups like One Direction and 5 Seconds of Summer.

Next up, we’ve probably got the biggest of the music fan clubs in the world, the Kiss fandom known as the Kiss Army. The Kiss Army was started way back in 1975, only two years after the band formed. Two mates formed the group in an effort to get Kiss music played on their local radio station.

Since then, they have become the official fan club of the group, holding an annual convention over in America, sharing stories and merch, and mainly sharing their love for the group.

Cult favourite rap duo Insane Clown Posse have some pretty loyal fans. Juggalos and Juggalettes are passionate celebrators of all things ICP, it’s clear once you’re a fan of this group, you’re a fan for life.

Each year they hold the ‘Gathering of the Juggalos’ festival, where all members of the Psychopathic record label perform.

There’s almost no question you’ve come across a Deadhead or two in your travels. They are named after the Grateful Dead, one of the music world’s most popular jam bands.

Fans would often travel with the band across entire tours, as the group were renowned for their live shows, and often would massively change up set lists every stop across the tour.

The Met Club’s been around since 1993, started by the group in an effort to keep in contact with their always increasing fan base across the globe.

Now for a bit of Aussie flavour, and fans of the legendary King Gizzard and the Lizard Wizard. It makes sense that the Giz have such loyal fans, with the group releasing a whopping 20 albums over their 10-year period.

He’s a polarising star, but there’s no questioning that Kanye/Ye is a major player in the rap world and has influenced many of the younger stars we know and love today.

Ye’s fans are some of the most loyal and passionate in the world, you wouldn’t find too many people out there that would come into an arena to listen to your album.

Hard rockers Tool really bring something cool to the world of music. Their approach to music truly sets them apart from the pack.

Their fans have stuck by the group over the years, not too many fans would wait 13 years for you to release an album.

In the last few years, we’ve seen a meteoric rise of K-Pop in the western music world, artists like PSY, Blackpink, and of course BTS have moved into our vernacular.

The BTS Army currently have over 40 million members, one of the biggest music fan clubs in the world. Many of the Army help increase ties and understanding between the Korean group and their legions of English-speaking fans.

She mightn’t be the most popular artist among readers of Mixdown, but there’s no doubting the impact she’s had on music.

Her Swifties are super passionate about everything the artist touches, often combing through all visual and audial material she releases, looking for hidden meanings, secret release dates, and a whole lot more. 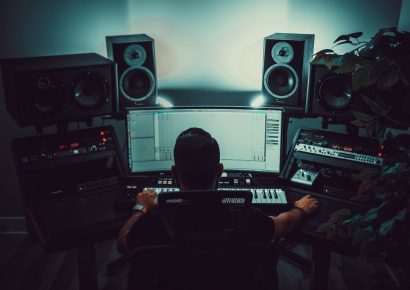