The evolution of Guitar Hero controllers 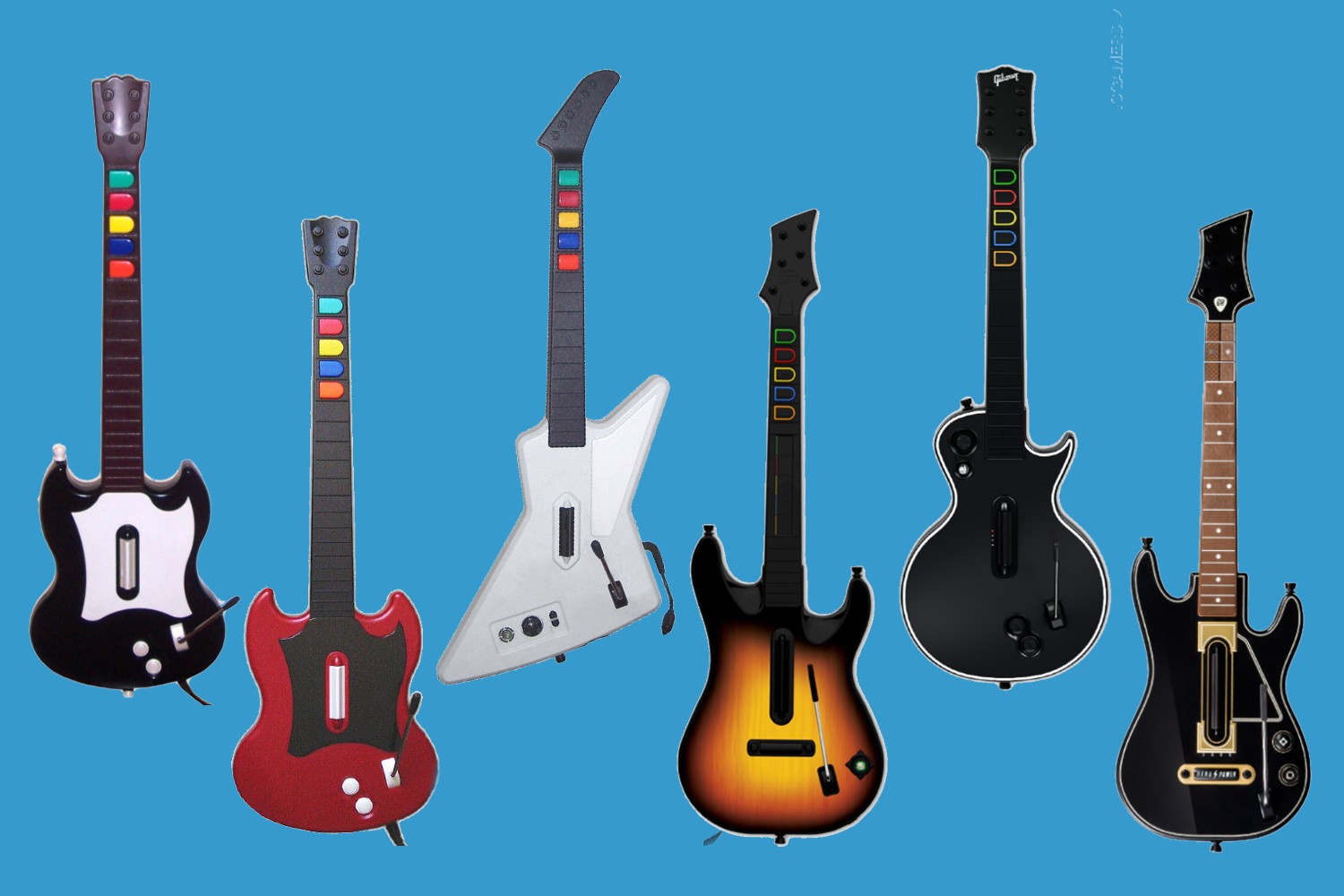 Striking a chord with gamers

Guitar hero sprung into our lives back in the summer of 2005, quickly striking a chord with music fans and gamers alike. The idea for the game surfaced when two Japanese men, while working for an arcade rental business recognised the popularity of the Japanese arcade game GuitarFreaks.

The duo saw the opportunity to create an affordable, in-home version of the controllers and to bring them into the American market. The pair raised $1.75 million for their efforts, despite being turned down by many investors who thought the idea was “too weird”.

This article was originally published November 16, 2015.

Years later, the iconic controller was built. Many developers had passed on building the Guitar Hero game for the controller, until video game developers Harmonix were approached and decided to take on the challenge.

The game requires players to press buttons on a 3/4 scale replica guitar controller, in time with the scrolling notes on the game screen that correspond to a song.  Along with the games themselves, guitar hero controllers have changed and developed over the years, adding more features each time to the original design.

Resembling a Gibson SG, the controller was initially designed with pressure-sensitive fret buttons to mimic the playing of a real guitar, but the idea was dropped as it made the game play too complex. The idea of using a whammy bar to boost Star Power was also introduced in addition to altering the pitch of sustained notes.

Many consider this original controller design to be the driving force behind the magic and popularity of the guitar hero series.

GH2 was released with a cherry red Gibson SG guitar controller for the PS2, and a white Gibson Explorer for the Xbox 360.  The SG design was very much a replica of the original guitar hero controller. The new X-plorer design introduced a four shoulder button to navigate menus. The X-plorer also had the introduction of an RJ-11 jack for add on effects pedals.

After heavy use, players found the controller was subject to an unresponsive whammy bar.  Developers claimed it was not a hardware issue, and was in fact a result of anti-cheat protection software. A patch was released to combat the problem, which caused unintended side effects of lockups and system failures.

Many users also reported static shocks, usually coming from the green fret of the X-plorer model. Developers never resolved the problems and refused to extend warrantees. GH3 was the blow-up game of the series.  The edition came with a black Gibson Les Paul for Xbox 360 and PS3, and a white edition for the Wii. This controller was the first of the series to be wireless and have interchangeable and customisable face plates. The Wii version featured neck vibration and required players to insert the Wii controller into the guitar.

Reviewers were critical of the dongle approach used for the PS3 controller, stating that it was an unnecessary feature. The Les Paul is considered by many to be the best controller of the series, with a much smoother and improved strum bar, nicer buttons, and an overall superior build quality than that of previous renditions.

The controller was also the first to come with rad stickers, which we have to give bonus points for.

GH4 went a different way with a sunburst Fender Stratocaster. The controller was approximately 25 per cent larger than its predecessors, making it closer to the size of a real guitar. The controller introduced a longer strummer and whammy bar as well as a touch-sensitive pad just below the normal five fret buttons.

The introduction of “tap strumming” wasn’t as successful as developers had hoped, as many users found it difficult to adjust their hand position and simply ignored the added feature. Issues were raised with developers when many users were finding that the guitar strum bar had failed to work after only a few hours of playing.

The controller admirably took on a new feature, but unfortunately it sucked.

Once again taking the shape of the old faithful fender Stratocaster. This guitar takes on a new approach with a 6-fret design arranged in two rows of three. The frets are represented by three scrolling lanes on-screen, containing either black or white notes representing the two rows.

Due to the new design, the controller cannot be used for backwards compatibility with other guitar hero games. Developers designed the controller around something “players would not be embarrassed to have in their living rooms,” which is debatable.

The initial controller iterations presented both in-studio and to Activision were met with scepticism, but developers found that players quickly adapted to the new scheme, and found it as an improvement over the older controllers. Being a relatively new game we’ll have to wait and see if this controller stacks up with the classics.

For more information about the game, head to www.guitarhero.com.