A look into the speaker manufacturers iconic coaxial drivers.

It cannot be overstated the kind of massive sonic influence that geography plays in the conception, capture and playback of all recorded material. Whether it be culturally, in the veritable melting pot of local and overseas musical traditions that inform all artists in their musical decision making process—these same signifiers which allow those with a discerning ear to instantly locate where a piece of music is from after just one listen.

Architecturally, it’s in things like ambient characteristics, room size and recording environment- factors in real estate and the open air that no doubt impart their sonic influence on proceedings, in turn affecting everything from the positioning of drum mics, to whether or not a live drum kit is even feasible in the first place- the general rule being the higher density the area, the drier/more in the box the recording practice will likely be.

Technologically, it’s in the access and implementation of certain instrument and recording technologies both homegrown and introduced, and the subtle effects these differing circuits have on the sonic output of a particular locale. Things like guitar/synth tones, console/preamp choice (and availability), learned traditions in studio workflow and mixing style passed down from one engineer to the next, which create a sort of standardised, communal approach to some of the key considerations which go into the sound of a recording. It’s these kind of audible signatures that can be used to differentiate one piece of music from another at the production and geographical level.

While it might be a difficult thing to imagine this in the context of placeless modern DAW and VST based recording, rest assured, there was a time when these geographical differences were as clear as day and nowhere was this more apparent than in the very different monitoring approaches that typified the early days of American and British popular music and the effect this had on the recorded output of the era.

Prior to the mid-1970’s, studio monitoring was an extremely parochial and location dependent affair, with European state owned broadcast services and the American studio system exhibiting much more of an influence on monitoring standards than what we see in today’s market.

For the Americans, it was Altec/JBL-monitors renowned for their broad projection, low distortion and high SPL numbers (traits that would no-doubt parlay well into Hollywood post-production). Across the pond, it was Tannoy’s revolutionary coaxial designs (and the incredibly detailed and accurate response this allowed for) that ushered in an approach to monitoring that is still in use to this day—the quest for reference standard accuracy and translatability. Whereas the evolution of American monitoring had its roots in amplification and horn/compression driver technology (a trait no doubt influenced by similar advancements in the high octane world of outdoor PA), Tannoy’s radical dual-concentric driver designs were a much more nimble and application specific affair. Their expertise in home hi-fi meant that the company were already well versed in designing speakers for mid-field, indoor use and this understanding of fidelity and playback environment were pivotal to their early successes in the studio realm.

It didn’t take long for Tannoy to become the monitor of choice for the BBC, cutting it’s teeth on Parkinson and the London Philharmonic, before finding its way into the control rooms of the classic British recording studios like Abbey Road, Decca and Air Studios during the late 60’s.

This acceptance of Tannoy, especially the brands iconic ‘Monitor Gold’ as an industry standard throughout the UK would prove a vital component in the emergence of the so called ‘classic school of British Recording’, their incredibly nuanced and detailed voicing proving the perfect vantage point for the many advancements in studio effects and creative recording techniques emerging at the time.

In production slang, ‘The London Style’ came to mean one of rich detail and open dynamics, with a layered use of effects and a sophisticated arrangement that approached pop music as a borderline symphonic affair. Critical applications like Pink Floyd’s legendary album Dark Side of the Moon were made on a trusty pair of Tannoy Gold Monitors, their peerless transparency helping to create an era-defining, high definition listening experience still lauded by many purists to this day.

But what is it about the Gold’s dual concentric design that made them so effective, to the point where they were able to subtly alter the artistic trajectory and unique sonic signature of one of the world’s most fertile musical hotspots?

While it may seem like a lifetime ago for many, the story of the dual concentric driver definitely didn’t begin with the Gold series. This approach to driver design had already gone through many incarnations before officially breaking through in the 60’s and 70’s. The first dual concentric monitor, designed by Ronnie H Rackham, was launched at the London Radio Show as far back as the late ’40s and the idea was routinely refined and improved, before finally landing on the design found on the iconic Monitor Gold series launched in 1967.

What separated the Tannoy Gold’s dual concentric driver from all others wasn’t so obvious at face value. On the contrary, at first glance, the Gold series bears all the familiar visual cues of coaxial designs past and present, with its high frequency and bass drivers mounted concentrically, within a single unit. What made the Gold Dual-Concentric drivers so unique was the way in which Tannoy took this existing concept, and significantly altered the internal workings and order of components to maximise the Gold Series performance in regards to imaging, phase distortion and uniform dispersion.

As a by-product of their coaxial topography, the Tannoy Golds were already at an advantage when it came to phase and directionality, it was the genius decision to have the tweeter diaphragm placed behind the driver’s magnet and use it to power both the bass and tweeter diaphragms, which afforded the Gold Series greatly improved phase coherence and synchronisation between the two drivers, with less issues with crossover points and driver mass. This made the Tannoy Gold series the most phase coherent and balanced monitor design in the world at the time, providing a level of accuracy and transparency that had not been achieved up until this point. It was with this release that Tannoy went from being a respected name in studio monitoring, to the world leader in studio monitoring.

In addition to this, the high frequency driver was also positioned in inverted phase, with the airwaves travelling through a pepper-pot phase plug and then amplified in the metal horn throat (magnet) before being amplified further by the bass diaphragm. The phase plug enabled extending high-frequency response by preventing the cancellation of high frequency waves. The combination of these breakthroughs at the electro-acoustic end, combined with natural tendency for our ears to perceive coaxial drivers as a single point, meant that the Tannoy Gold are still seen as a high mark for stereo imaging and directionality in the field of studio monitoring. The quality of the drivers and the 10”, 12” and 15” options also made the Gold series an extremely broadband monitoring option even by the standards of today, with an average frequency response of 23Hz to 20,000Hz across the three variants.

With such an enduring legacy, there was a sense of anticipation with the announcement that Tannoy would be bringing back their acclaimed dual concentric design by way of a re-release. The latest product, the Tannoy Gold 7 continues the tradition of dual concentric design in a modern, bi-amped 300W package. This version of the studio monitor fundamentally delivers the same design principles first applied by Tannoy in the original Black, Red, Silver and Gold monitor releases. These 300W nearfields revisit the dual concentric design using a 1” titanium HF driver with their patented tulip waveguide design, working within a 6.5” low frequency driver, making them suitable for all studios, great and small.

Combining the power of Class A with the efficiency of Class B amplifiers, the monitor packs a significant punch in the sub $1000 studio nearfield monitor range and is worth a look for anybody looking to get industry standard levels of accuracy while keeping their kidneys intact. The Gold 7 also incorporates HF attenuation, bass adjustment and auxiliary 3.5mm input for easy connection to phones or laptops. It’s fantastic to see the Tannoy dual concentric legacy continued in this format, with affordability within the budget of both project studio and professional studio set-ups.

Check out the Tannoy Gold monitors through Australian distributors Australis. 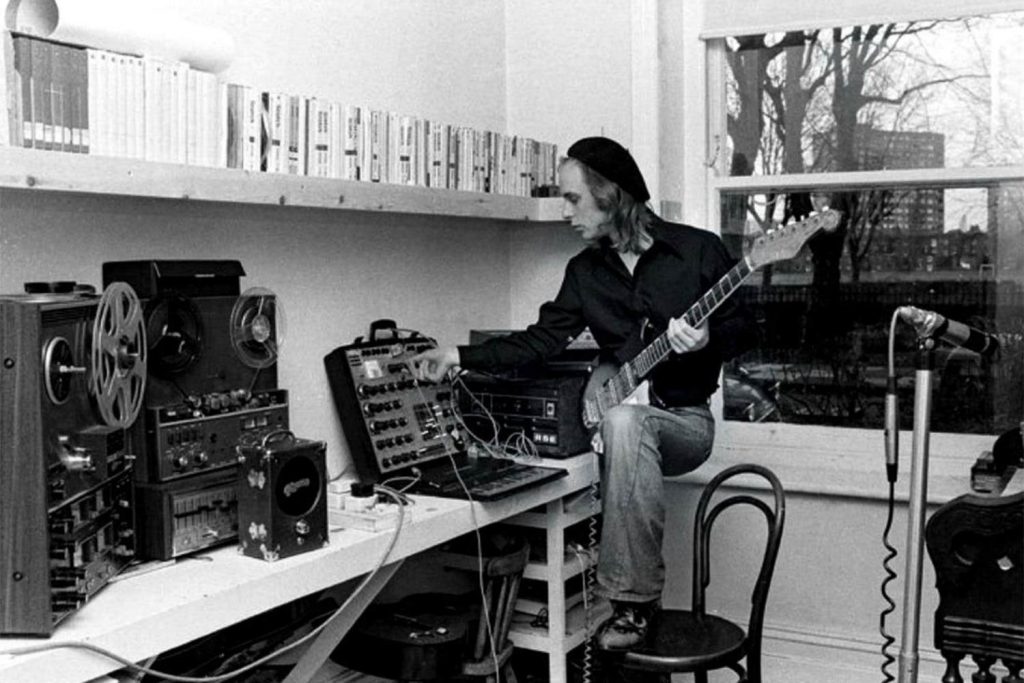