Rock and Roll’s most memorable glasses 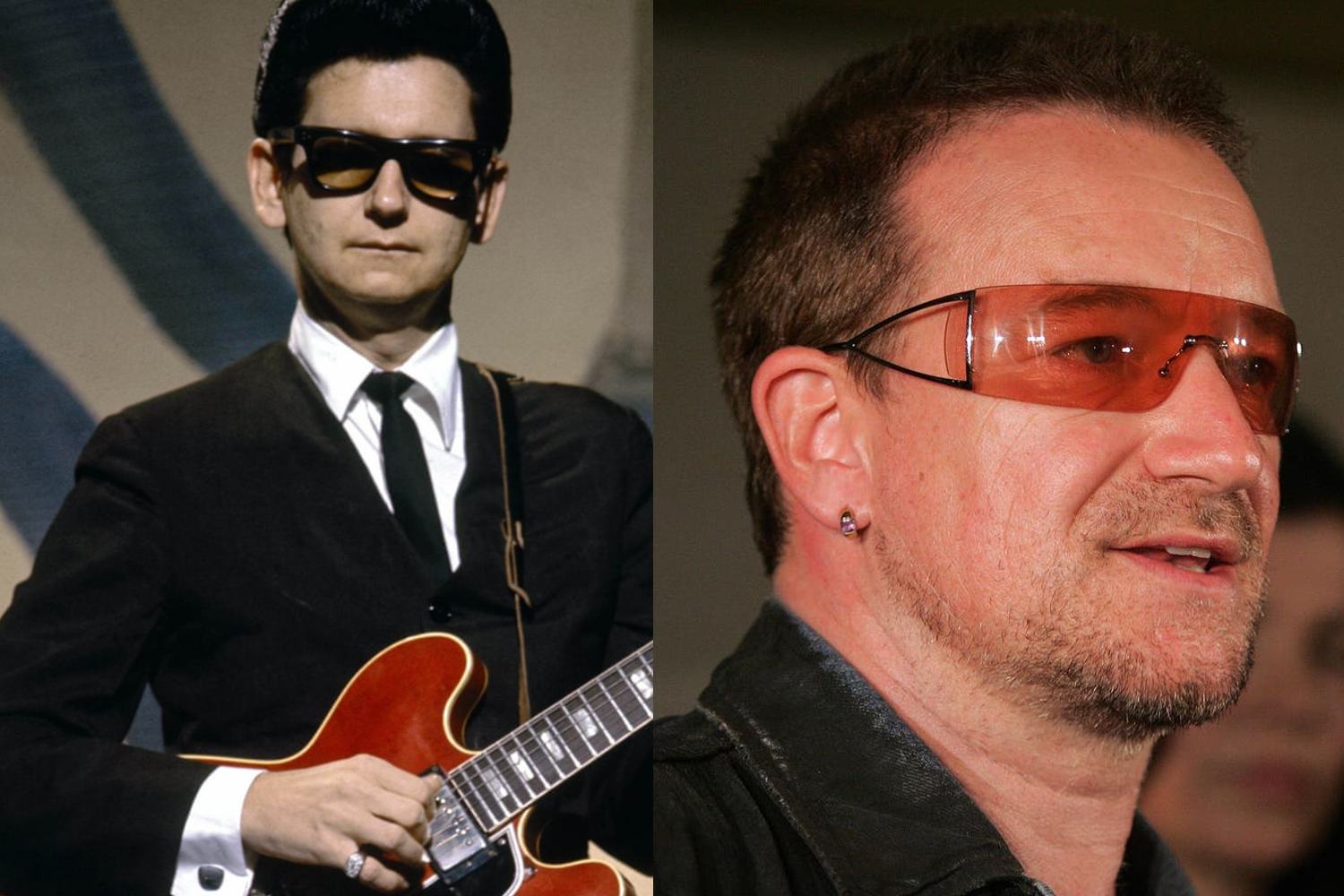 From Bono to the Big 'O'

Rock and roll has seen many questionable and iconic outfits and costumes, but one accessory that can fly under the radar were sometimes necessary, but often not. Glasses.

Here are some of the best.

To get you back into the swing of things for 2022, we’re reposting some old favourites of yours and ours. This article was originally published December 8, 2015.

Buddy Holly’s mark on contemporary music is undeniable. Though his full time career in music only spanned a short five years, he managed to rise to heights in popular music almost unparalleled at the time.

In 1959 Buddy Holly was killed in a tragic plane crash that also claimed the lives of other popular musicians Ritchie Valens and The Big Bopper, an incident that served as the main inspiration for the Don Henley hit ‘American Pie’. Holly’s thick framed glasses were so iconic that a monument errected near the site of the crash is quite literally an enormous pair of Buddy Holly’s glasses. The Guns ‘n’ Roses guitarist has donned the cover of plenty of issues of Mixdown over the years, and in every one of them he’s wearing his shades and a big ol’ pout.

Few people in the history of rock and roll have an image as strikingly memorable as Slash, and even fewer have been able to maintain the same exact look for over three decades. In fact, Slash’s appearance is so memorable, costumeplaybook.com has drawn out a step by step guide to dressing exactly like Slash. Guess what, it involves glasses. Like Buddy Holly, Roy Orbison is unquestionably one of the godfathers of rock and roll, with an influence over contemporary music that’s as present as the sun is hot. Oribison’s best known for his work in the late ’50s and right through the ’60s, where he spawned hits such as ‘Pretty Woman’ and ‘Crying’.

Throughout the earlier part of his career Orbison shied away from wearing the prescription glasses that he required to see properly. However, in 1963 while on tour with The Beatles, Orbison was left with no choice. Having forgotten his preferred corrective glasses on a plane, he was forced to wear his thick-rimmed Ray Ban Wayfarers. It was an incident that he considered at the time embarrassing, but it was one that created one of the most defining looks in modern music, one that still transcends generations.

One can only wonder what might have happened if Orbison existed at a time where transitions lenses were freely available.

When people reiterate they ‘remember the ’60s through rose coloured glasses’, it’s likely that Joplin’s are the glasses they’re envisioning.

With one of the most distinctive and challenging voices of music in the ’60s, Janis Joplin stood tall as one of the strongest feminist figures in popular culture until her passing in 1970. As the first prominent female figure to join the infamous 27 club, she holds a significant place in music history.

John Lennon, on of the most noted and celebrated musicians of the modern era, was also very well known for wearing glasses barely wide enough to make it all the way around his eyes.

When The Beatles first rose to prominence he seemed more content to go without them, but as they progressed throughout their career they started to appear more frequently. It’s an alarming thought really, considering anecdotal evidence suggests that Lennon was so intensely near-sighted he was considered legally blind.

We can only assume that him going without his glasses in Beatles press shots was an aesthetic choice on behalf of their management, or that Lennon’s sight deteriorated at an astonishing rate later in life. Either way, his glasses became far more iconic than any other single physical trait of any of his bandmates.

The Guy From Wheatus

Like a warm butter knife, Wheatus’ 2000 hit ‘Teenage Dirtbag‘ seemed to effortlessly slide its way into the conciousness of every living organism in the known universe when it was released. It was one of those songs that was championed as the theme tune for a major motion picture (Loser, starring Jason Biggs), but wound up holding a much more memorable place in history than the film itself.

I was always kind of annoyed that the narrative of the film clip for this song was entirely at odds with the plot of the film it was promoting, even though it involved the same cast. While the film faded into obscurity pretty quickly, the song went off with a bang, and like most explosions of this magnitude, evidence of the horror it caused can still be found today. Namely, the instant popularisation of colourful lens sunglasses.

I’m certain I picked some of these up either in a showbag at the Melbourne show, or as a promotional product at Kentucky Fried Chicken within six months of the films release. In the year 2000, I guess everyone wanted to look like this.

Elvis, perhaps the single most iconic figure in musical history, certainly had a distinctive appearance well before he started wearing these infamous glasses. In fact, he only started wearing the glasses toward the tail end of his career where it looked as thought he embraced his title as ‘The King’ with a little more vigour.

In many people’s minds, Elvis is remembered as the young, attractive, boy-next-door looking man who captured the hearts of teenage girls the world over with his 1956 performance of Hound Dog on the Ed Sullivan Show. In the minds of middle-aged white men right across Las Vegas though, he’ll always be remembered for his ostentatious white suit and gold glasses.

There aren’t many people who are targeted with such overt vitriol as U2 frontman Bono. In an era where torrenting is plaguing popular music, and illegal downloading is eternally at the top of the public agenda, Bono and his band of merry Irishmen actually consciously gave their album away for free to everyone with an iPhone … and everyone got super pissed off about it.

It seems no amount of philanthropy will save Bono from the clutches of internet meme-dom. If you trace the career of U2, the tide seems to turn around 2004, when Bono decided to revamp his appearance with his new shades. Maybe he got some inspiration from this guy, or went to KFC or something.