Music fans all over the world have been waiting for years for the follow up to Since I Left You, and finally will be rewarded with Wildflowers to be released next month. After over a decade of speculation, the group launched themselves back into the spotlight when they were announced as a headline for Splendour in the Grass 2016, and subsequently released the first single off their new album, the reggae infused ‘Frankie Sinatra’ featuring Danny Brown and MF Doom.

Making primarily sample-based music, The Avalanches use slightly different equipment to other artists in Mixdown’s Gear Rundowns. A combination of turntables, samplers, sequencers and computers went into making Since I Left You, which is the main project we will be looking at gear from, as well as in the few years following the album. Without further ado…

The Avalanches’ songwriting process begins truly at the record store, digging for anything that they might later be able to use as a sample. However, the process in the studio begins at the turntable. Whilst the decks of choice for the album were ‘wonky old Thorens and Garrards’, its commercial success meant that they were able to upgrade to the Rega Planar 25, a proper audiophile record player. The turntable is known for full-sounding bass reproduction and clear midrange sound, both obviously desirable qualities when sampling. For when the vinyl was a little more beat up and they didn’t want to risk damage to the Rega Planar and its components, the pair used Technics SL1200’s. Other parts of the set up consisted of at different times Shure V15 and M44-7 cartridges, a Perreaux E160i amplifier and an Audionote OTO SE amplifier.

The S2000’s were an integral part of the ‘modest’ setup in which made their debut album, and is where the duo would spend hours sampling and organising the myriad of different sounds they found through their crate digging exploits. The S2000 was generally seen as a stripped back version of the slightly more versatile S3000XL, which featured a larger screen and better functionality. Although it came as a pretty standard sampler, there were options to install upgrades including multi-effects processing, filters and extra storage up to 32MB.

Again, the commercial success of Since I Left You allowed the duo to upgrade to the S5000 shortly after its release, which had a lot more features. Importantly, the S5000 allowed for sampling to .WAV files, allowing for easier conversation between samples from a range of different sources, including downloaded from the internet. The .WAV files were also recorded as a single file, rather than two (L/R mono), which allowed for easier sampling editing and manipulation. Other features include a 64-voice system (upgradable to 128), a ‘QUICKLOAD’ function and Akai’s APM (Assignable Program Modulation), which was a whole new range of filters, envelope generators and LFOs, amongst other functions.

Whilst computers are used in the recording of almost every song these days in some form, back in 2000 they were not as easily acquired or used. Apart from being fairly expensive, although less expensive than when they were first introduced, they were quite clunky, slow and limited in their functionality as compared to today’s machines. This makes all that The Avalanches were able to achieve with them even more impressive, and the beige G3 was their go-to machine in making the album.

Studio Vision was one of the early predecessors of DAWs, and was the preference for The Avalanches for their debut album, and even after as they integrated Pro Tools into their workflow as well. Working as a MIDI and Audio Sequencer, it was the perfect tool for the duo to pull their ideas together in and build songs. It featured a supposedly ‘smooth, sophisticated’ user interface, powerful audio-to-MIDI conversion, Pro Tools support and integration of MIDI and audio sequencing.

In order to create new sounds and grooves (and avoid clearing samples), The Avalanches would often grab a sample of a note, chord, or phrase and then transfer it to MIDI information which they would then manipulate and play with MIDI keyboards. Around the time of their album they were using, amongst others, the Roland PC160, 160A and 200 MkII controller keyboards for this purpose. The purpose of this, according to the duo, was to create more abstract, out-there sounds, and avoiding sample clearance was just a useful consequence of that.

The MS2000 was a synth used on the record for some of the non-sample or MIDI sounds, and is well-loved by many professional artists for its ability to create beefy bass and sub-bass sounds, clear leads and wide, sweeping pads (although this is limited by the 4-voice polyphony).

Ultimately, it is plain to see that whilst the gear had some impact and effect on the output of The Avalanches, a lot of the magic came from the countless man hours spent digging through crates at a record store or sitting in front of a turntable and a sampler and chopping samples. This is all the more impressive given the relatively primitive technology they were using at the time, especially in regards to the computers. As the gear had an impact on the sound of the record, it will be interesting to see how the sound of The Avalanches has changed, not just over 16 years, but with the new technology that is now available which makes sampling much more accessible, but no less hard to master. 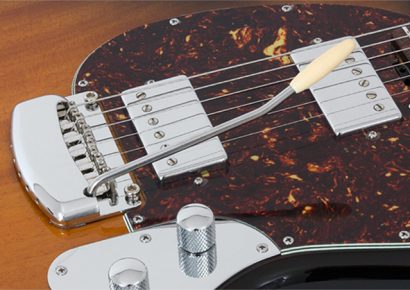