On the Australia Day weekend way back in 1972, almost 40,000 music fans journeyed to the north of Victoria to spend three days immersed in the world of rock and roll. Revellers took up camp at ‘Duncan’s Farm’ between Diggers Rest and Sunbury, paying as little as $3 to see the likes of Billy Thorpe & The Aztecs and Chain perform as part of the inaugural Sunbury Pop Festival (also known as Sunbury Rock Festival).

Over the next four years, Sunbury would become a go-to festival for Australian music fans, marking its place in history before reaching its end in 1975. On the anniversary of the final Sunbury Festival, we take a look at eight ways the event ensured it remains a lasting legacy of the Australian music industry.

1. It signalled the end of the hippie era, and the beginning of our fascination with pub rock

Often suggested to be Australia’s version of Woodstock, Sunbury certainly arrived at a time when the hippie movement was still seeing widespread popularity. But rather than continuing the ‘60s counter-culture, the festival acted as a bridge between two eras as Australia embraced the Sharpie subculture and began moving into the much-loved period of pub rock. Daddy Cool, Skyhooks, Sherbet, and AC/DC all featured on Sunbury lineups throughout the years – although AC/DC never did perform (more on that later).

2. Sunbury was a major forerunner of future Australian music festivals

Having multiple festivals to choose from is something we take for granted these days, but in the seventies, options weren’t so plentiful. While a lot of other festivals preceded Sunbury, few were able to maintain success for a prolonged period of time.

With the exception of ’75, Sunbury continually made a profit and generated high attendance, paving the way for future festival success for Big Day Out, Falls, and Splendour in the Grass.

Following their all-Australasian lineup in 1972, Sunbury soon expanded to welcome international acts like a little band called Queen who performed at the festival in 1974. Seeing Queen in a paddock in country Victoria for three dollars sounds like a dream come true today, but the fledgling band received a poor reception at Sunbury where they were booed and heckled off stage in favour of local acts.

Queen made the bold promise that they’d return as one of the biggest bands in the world; needless to say, they kept their word.

4. Skyhooks were also booed, but returned the following year

Queen weren’t the only band to be booed off stage at Sunbury ’74. Performing at the festival the year after their formation, Skyhooks failed to win over the Sunbury crowd and left the stage downhearted.

Lead singer Steven Hill watched the performance later and subsequently quit the band. He was replaced by Graham “Shirley” Strachan, who helped Skyhooks go on to achieve enormous success – and a much better reception when they returned to perform at Sunbury ’75. 5. Deep Purple, AC/DC and their roadies allegedly fought on stage

The final edition of Sunbury Rock Festival was wrought with drama, with Deep Purple and AC/DC allegedly clashing at the end of the former’s performance. Legend tells us the disagreement between the two bands and their roadies came to blows, escalating to the point that AC/DC refused to perform.

Later, Deep Purple would inadvertently cause financial chaos for Sunbury, accepting their pay that consequently stopped other local acts from receiving their cut. The financial losses coupled with poor attendance due to bad weather spelled the end for Sunbury.

6. Documentation on film and audio was a huge contributor to Sunbury’s prolonged success

Even if you weren’t fortunate enough to attend one of the four Sunbury Festivals, there’s a good chance you’ve reminisced with footage and recordings of the historic events. Sunbury was one of the first festivals to document all that happened so comprehensively, and that material helped the event to stand out from the pack.

7. One such recording was the first release from Mushroom Records

Young entrepreneur Michael Gudinski made the most of Sunbury, spotting an opportunity for the inaugural release of his recent start-up, Mushroom Records. The triple album of live Sunbury recordings (Sunbury 1973 – The Great Australian Rock Festival) was ambitious, but paid off. It’s a collection that is still synonymous with the festival, and one that helped kickstart one of Australia’s most successful record labels.

8. Michael Gudinski made a profit selling watermelons at the festival

There’s a great anecdote in every story from music history, and Gudinski selling watermelon to the sweltering Sunbury crowd is one of them. Rumour has it he made a tidy profit from the sales, and the intelligent move was an early insight into the future influence Gudinski would go on to have in the Australian music industry.

Find out more about the major moments that shaped Australian festival culture here. 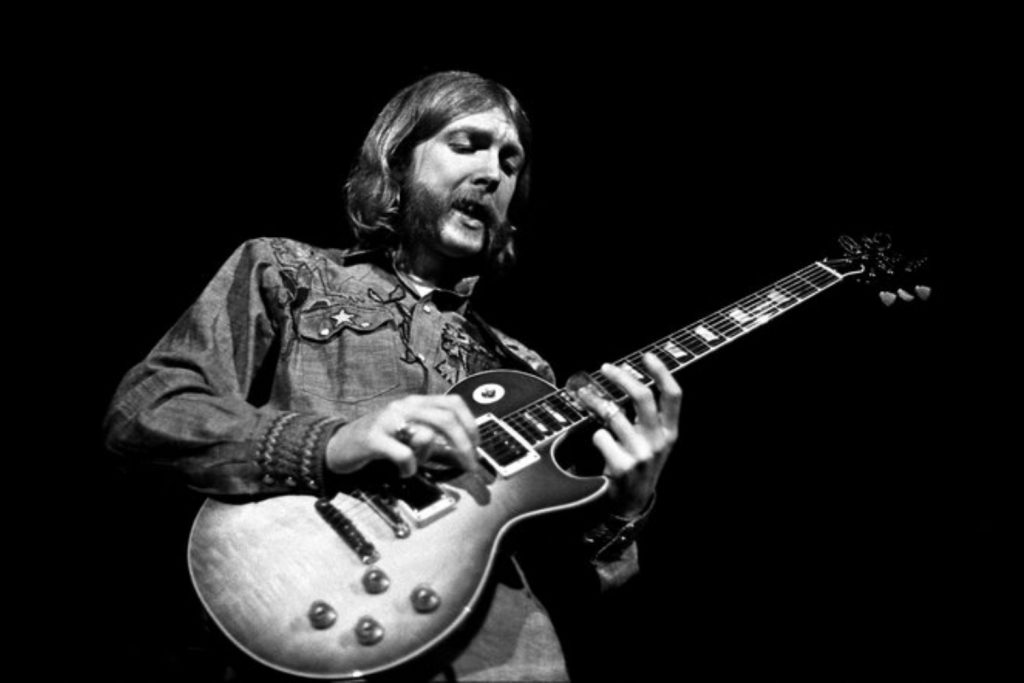