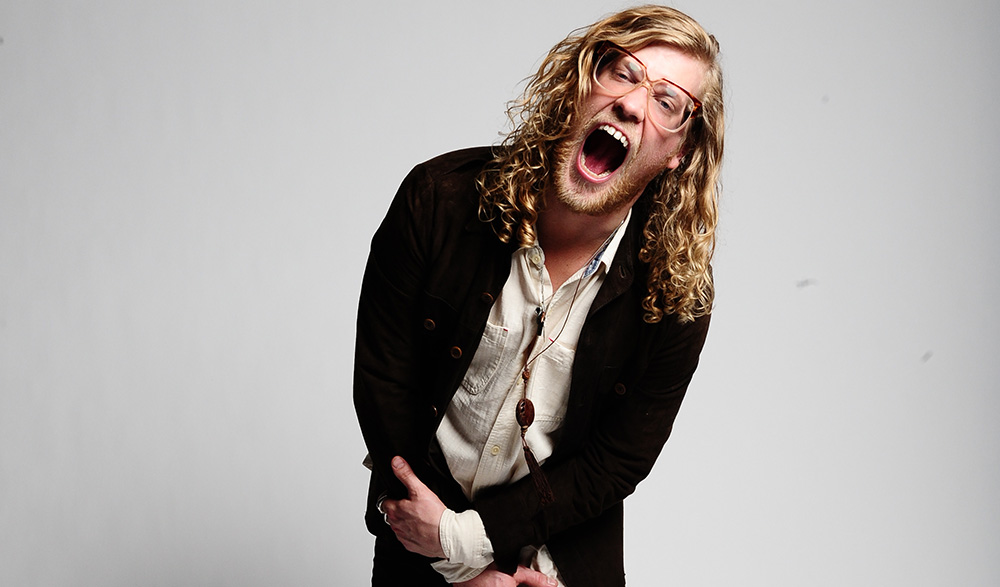 “We wanted to sit down and try to nd a signature sound,” he says. “That’s what we set out to do, me and my producer [Magnus Tingsek]. New textures, new feel, new warmth.” Indeed, Stone’s quest to find a signature sound hasn’t simply resulted in a bolder iteration of 2010’s Last to Speak and 2011’s Allen Stone. “You definitely always want to try and reinvent your sound,” he says. “For me personally as an artist, I always want to reinvent myself when I do music. I always want every album to sound different and to have their own time and place. Not only in my life, but hopefully in the life of the listeners, where you can go back and the textures on the album remind you of smells or memories or moments that you were surrounded by at that time. I always want to sound as different from what’s going on in the music industry as possible, just so that I can maybe be a blip of time in people’s lives.”

It’d make sense for all songwriters to have this view. However, commerce often impedes upon one’s truest creative ambitions. Rather than chasing down sounds that can’t be easily categorised, writers are instructed to cohere with what’s commercially relevant. In the wake of his self-titled LP, Stone inked a deal with the major label Capitol Records. Despite this, he wasn’t too worried how Radius might impact his existing listenership. “There was definitely concern from the people who make a living off my records,” he says. “I definitely got pushed back from almost every corner, besides my management and my producer. It’s a tough balance, because I love travelling, I love playing music, and in order to do that it takes Caesar’s money. But I try my best to separate myself from that dialogue as much as possible because I do think it is extremely constricting to have people [saying], ‘Oh but did you hear the new Bruno Mars track Al? Maybe you should do a song like Sam Smith.’ That was kind of the rhetoric coming from the label for a good amount of that. And I understand it – those guys have jobs, they have families, they have egos, they have all this stuff. I think as an artist you’ve got to do your best to have people that protect you from that. I have some really good people that help protect me from that. Because I tell you what, that stuff can make you just want to hang the gloves up and never swing again.”

Right from its opening track, Radius distinguishes itself from Stone’s rst two records. The punchy production and sense of freedom conveyed by the chorus of ‘Perfect World’ indicates we’re in for something more unique this time around. As the record progresses, it touches on funk, soul, R&B, and melancholic balladry, folk and hip hop. Throughout, however, it’s rooted in pop structure and melody. “It’s definitely a pop record. No matter how much whoever thinks it’s not, it’s definitely a pop record. I grew up on pop music. I grew up on Stevie Wonder and Marvin Gaye ‘Let’s Get It On’, and Ray Charles. These cats, even though super brilliant, they were pop writers. My producer grew up on The Beatles.”

While he initially owns up to writing a pop record, Stone has a few misgivings about the nature of the term. “What is pop music though? What the fuck is pop music? I still haven’t been able to figure it out. Gotye could come out with a song that’s the biggest song in the world for three years, and if it wouldn’t have been the biggest song in three years everybody would’ve been like, ‘Well I don’t think that’s pop enough Gotye.’ So the whole pop discussion for me is so moot. It’s just like busy-body industry people.”

“I don’t get it. I don’t get the word pop. For me I just try to write music that makes me feel good and makes me think and I want people to feel that same thing. You can call it pop, you can call it fucking labour music. I don’t give a fuck what you call it as long as you listen to it and you feel something.”