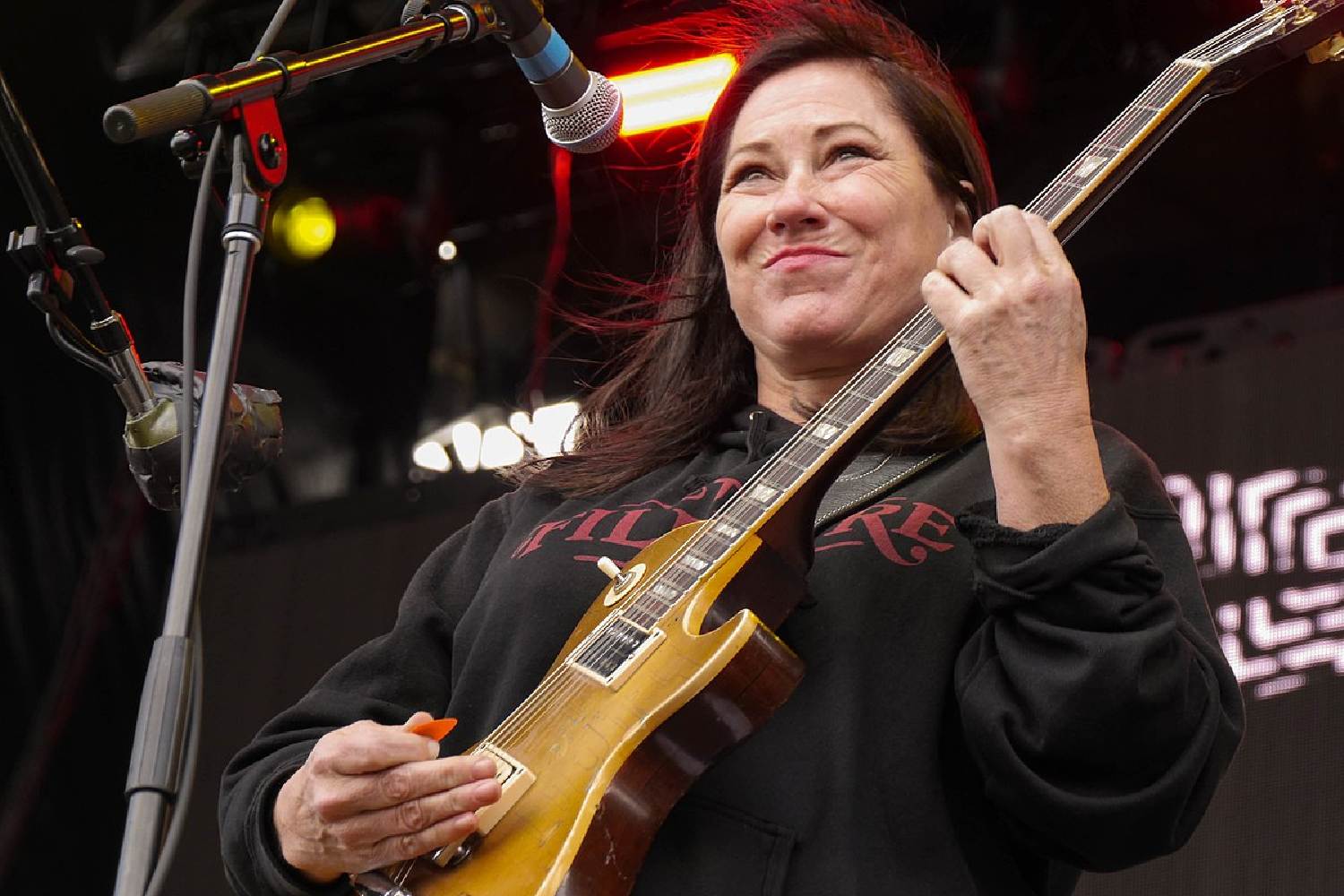 One of indie and alt-rock's most influential bassists ever

Kim Deal’s chunky percussive bass playing was such an integral part of the Pixies’ sound that if it were removed it would have been a completely different band. Her driving, no-frills style continued into her subsequent career as guitarist and singer with The Breeders and then again with the reformed Pixies from 2004-2010.

Deal has always favoured solid bodied basses. She initially played an Aria Pro II Cardinal Series in the Pixies, which actually belonged to her sister and Breeders bandmate Kelley. This guitar can be heard throughout the Pixies’ first two albums, Come On Pilgrim and Surfer Rosa, and then again in The Kelley Deal 6000, Kelley’s mid-nineties solo project.

“It was the weirdest sounding bass,” said Deal to Bass Player magazine in 2004. “At first I was always like, ‘I’m playing a dumb bass, it’s not a Fender so it’s not cool.’ But then we played with My Bloody Valentine, and that’s band’s bass player had an Aria Pro too.”

When it came time to record Doolittle, producer Gil Norton insisted that Deal change basses, which she did with a 1962 Fender Precision Reissue. “He looked at my Aria bass and was like, ‘uh, no.’ So I had to go to Boston and buy a bass because he refused to record mine.”

Deal continued to use the Fender throughout the years, though by the time of the Pixies’ next album, 1990’s Bossanova, she switched to a new Music Man StingRay “because it was active and had a different sound,” she said to Guitar Player in 1991. However she returned to the Fender for certain songs, including ‘Dig For Fire’, as Deal felt its “lazier, growlier sound” suited the track better.

“I was experimenting with bass sounds then,” said Deal. “Playing with a pick, and using a Fender in the first place, you can pretty much leave the tone all the way up. With the StingRay I roll off the treble a little. I used the StingRay as my main instrument live, too. I think probably because it was a little less country-sounding than the Fender.”

“We were doing a song in the studio and whatever bass I was using was out of tune high up on the kneck, which was bothering Gil,” said Deal. “So I went and got a Steinberger. I played it on one song; it was okay because it had this weird, organ-y sound, which I liked but I was really embarrassed to play it. It’s odd; there’s no headstock. I don’t know why they do that. People were riding me because I didn’t have a headstock.”

A big part of Deal’s signature sound is the fact that she always plays with a pick. In a 2004 interview with Bass Player, Deal accounted this to being relatively new to the instrument when the band first formed. “I played guitar with a pick, so I just naurally played the bass with a pick,” she said. “It was so much easier. At the time I didn’t even know bass players played with their fingers so much.”

According to Deal, the kind of pick she always used were “the green Dunlops with the little turtle on them.”

Upon the Pixies’ demise in 1991 Deal re-launched her band The Breeders, in which she sings and plays electric guitar, namely a 1991 Fender Strat Ultra. One of the recurrent sounds on many of the band’s best known songs were the wash of guitar made by deal strumming an acoustic guitar through a 100-watt Marshall amp, as can be heard on their 1993 album Last Splash.

“It almost doesn’t matter what kind of acoustic guitar you use,” said Deal to Guitar World in 1994. “All that matters is how the graphic EQ and electronics are. The acoustic I have now sounds like shit when it’s unplugged.”

“I use a compressor, but only because sound guys seem to like it when I have one onstage, even if it’s on bypass,” said Deal to Guitar Player in 1991. “I don’t know what kind – it’s black with red lights.”

When recording with the Pixies Deal experimented with a variety of amplifiers. “I usually brought my Peavey Combo 300, and I think I had a Marshall, but it never sounded good,” she said to Bass Player. “The first two records were the Combo 300 and the Aria bass. I’d have a DI in addition to the miked combo, so I’d have something thin and something thick.”

In a 1990 interview with Musician Magazine Deal stated that she was using a Trace Elliot amplifier during Pixies shows. “It’s the new series and I don’t know what the number is or there even is a number on there,” she said. “I have four 10” speakers on top, and the bottom I think is a 15”. In addition to that I really am a sucker for Peavey Classic 50s. They’re punchier, and I like that percussive sound.”

“I use SWR or Marshall heads,” said Deal to Guitar Player. “I hate my cabinets – a Gallien-Krueger 4×10 and another that says ‘Joe’s Light’ on it, which has an 18. In the studio I beg them to let me use my amp. They say ‘okay Kim, here’s your channel right here.’ Then it’s always, ‘let’s try just the DI alone for a minute, Kim. Hey, sounds great!’

Two years later when she was once again interviewed for Musician Magazine, Deal detailed her guitar amp setup when recording with the Breeders. “I usually go through the JCM 900, but Kelley bought a new Marshall cabinet, so now I let her use it and I use an old JCM head and cabinet,” said Deal. “I also have a Peavey Classic 50 and an old Sears Tremolo amp that we’ve pasted the word ‘Marshall’ on.”

Check out Deal’s position in the 10 most innovative indie bassists of all time list. 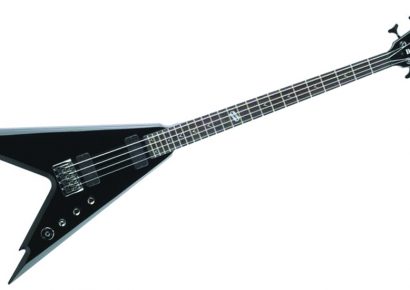