Unless you’re a PJ Harvey-type mic cord stage contortionist, it’s a relief to open the Vocal Set’s box to see a neat modicum of components; the XLR (female) transmitter, (male) receiver, one cardioid dynamic mic, vocal clip and USB-A to USB-C charging cable. No carry case or XLR cable is included unfortunately, something you’d be rightly miffed about at the price point. The mic itself has a quintessential bauhaus black design and is beautifully weighted. Configuring the transmitter and receiver is as painless as plugging into your mic and interface and pressing the single button to get started, turning the LED light green.

The XSD cardiod’s sound quality is unquestionably pristine, emblematic of the current state of wireless tech; I think most tech reviewers are glad to be done with the “…b-but the loss!” line. Sennheiser boast their 2.4GHz connection at an unobstructed 75 metre range and it’s difficult to fault the claim – in the realm of my tiny apartment, no loss was audible even through a few walls. As a mic, its attributes are typical Sennheiser – ultra-strong presence that cuts through the mix with transparency and a mystically good low end. The greatest thrill is the control offered by the hands-free operation in conjunction with the clarity of signal; if you’re a jazz vocalist in particular, being able to alter the distance between mouth and mic with ease is a huge plus. It should also be applauded that it sounds natural, when some digital systems can tend to be boomier than regular mics.

The XS Wireless series is now the entry level range for Sennheiser’s wireless tech with its tiny one touch receiver-transmitter system, whereas Sennheiser’s G4 and AVX ranges use bulky body-pack and rack mount systems. Both the AVX and G4 ranges are optimised for TV broadcast, film, TED talks and other more industry specialised use with a huge amount of customisability – XSD simply provides blanket quality sound at a third of the price. There are other basic features to the XSD – switching between multiple transmitters, configuring multiple combinations and muting via the one touch button — but it’s primarily a single function product. The advertised five hour battery life was approximately correct, which easily could and should have been better. Although charging is easy via the USB cable, five hours might not be enough for a big gig night unless you judicially switch it off each time you finish using it.

Fundamentally, the XSD vocal set is a simple cost-need conundrum; do cables inhibit your mic performance? If so, this is the best quality option at an entry level price point. If not, it’s hard to justify the near $600 particularly without the options of a more expensive wireless system. 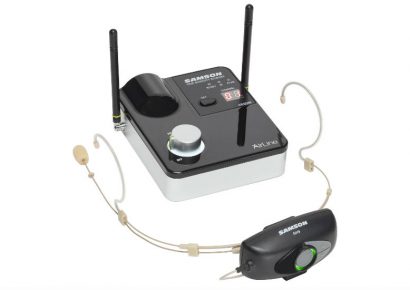