THE LOOK AND FEEL

The design team at Hammond have gone all out with this model, and having had 60 years to come about with it, you would expect it to be something big. And bid it is. Anyone who has sat down at a B3 will know how this instrument is not only awe inspiring by sound but in appearance too. The mk2 is no different, with the same structure and design as the original. Sitting down at the bench and placing your hands upon the drawbars, it looks and feels like a newly built version of the old model. They have really done justice to the B3 legacy with this release, whilst ensuring it still has something extra too. Being a new digital model, Hammond has strived to retain the look and feel of the original and they have achieved that in every detail. Even playing individual keys very slowly allows you to hear the nine engagements of the drawbars as the sound builds with the continual depression of the key. It behaves just like the original, but with added brilliance.

To the lower right of the keyboards, there is a slide out tray in the wooden panel that exposes the control interface for the digital engine. This allows you to store and recall all sorts of settings, including building your own patches that retain drawbar and effects settings for instant recall. Furthermore, there are all manner of functions that can now be accessed on the fly, whilst playing to improve the usability of the B3. For instance, Leslie control, EQ and reverb can all be adjusted on the y, separate to your recalled sounds. And because it is all digitally controlled now, you don’t need to re-engineer it to make critical changes inside. For example, increasing the percussion sound of a note – that used to happen by lowering the overall note volume so that the percussion attack stood out more, but then your whole signal dropped and you would have to work around that with your ensemble. Now, little issues like that are removed as raising the percussion volume does not affect anything but the percussion volume, bringing it up in the mix and retaining the overall sound. In short, this is everything a Hammond player would want, with all the bugs ironed out and all the control of a modern instrument. 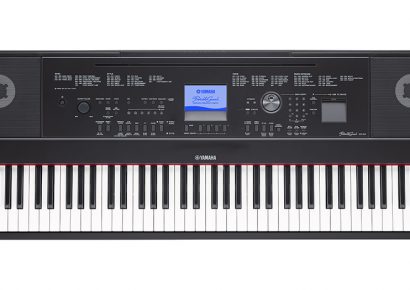