Mehmet Tamdeger was trained  by Mikhail Zilcan, the grandson of Kerope Zilcan (or Zildjian as we know today), and actually worked in the Zildjian factory  in Istanbul in the 1950s. The Mikhail Z ride is a tribute to  the man, and is done so in a traditional fashion as a little  tip of the hat to the way things were done in the old days. This said, Istanbul Mehmet still manufacture in a traditional way, stating, “Machine’s don’t have ears”. Nice one. As such, the aim with this particular ride was to create a cymbal using the same techniques used to create the Jazz cymbals of the 1970s and is now it’s own model under the Heritage range.

The Mikhail Z ride is lathed  top and bottom with a moderate profile and smaller, more integrated bell. The  look is classic, with no heavy hammerings and more the subtle, rotary scoring. The weight is reasonably thin. There’s an instant likability to this cymbal. The overall sound is mellow and washy with a nice stick definition across the whole surface. As mentioned, the bell is integrated and doesn’t really stand out. It’s a Jazz cymbal at heart – light and full of life with a long, shimmery decay. You can be so delicate with it  or crash it hard for super warm, lush explosion of sound. It’s a beautiful thing. It’s light though so if you get too aggressive with it, it’ll open up and take off. I could see Jazz players loving the subtlety at lower volumes and I could also see drummers using it as a crash.

As you could probably guess, this 60th anniversary ride is really a tribute to Istanbul Mehmet’s founder. He started with master cymbalsmith Mikail Zilcan at the tender age of 9 and a lot has happened over 60 years. In a lot of ways, this cymbal  is very similar to the Mikhail Z tribute. It has the same profile with the same bell. The main difference is in the lathing  on the topside, which has  some natural and raw sections deliberately left untouched by the lathing process. There’s some more distinct hammering too is really designed for. It’s super responsive and very quick. Jojo Mayer claims the forward stroke should feel the same as the return stroke and I would agree. Even if you adjust the height of the beater, you still get the same stroke, just a little heavier.

The simplicity of the design means that it remains true to the philosophy regardless of what you do to adjust it. However, adjusting things like spring tension and beater height does make it feel different to that out of the box – which seems giving a unique look, but one that is also fairly well known these days with a two-tone effect. As a result, the sound is similar to the Mikhail Z but with some darker overtones, slightly lower pitch and more stick definition. It’s just a slightly different flavour really. You still get the lightness and ‘crashability’ across the whole cymbal with the same inoffensive bell. It’s a little more complex and a little dryer, but also musical for sure.

Overall, both these rides are stunning pieces of kit. Yes, they’re more aimed towards a Jazz or lighter musical situation, but given the gorgeous crash sounds they can produce, I can see drummers using them for different applications. Not to mention for the softer, café gig – either one would be perfect. It’s so good to have cymbal companies like this producing such quality and there’s a piece of history in every model. Drummers have never had it so good with choices in gear. If you haven’t checked out Istanbul Mehmet, you really ought to. It’s a little trip to Turkey.

For more details on Istanbul cymbals, head to dynamicmusic.com.au. 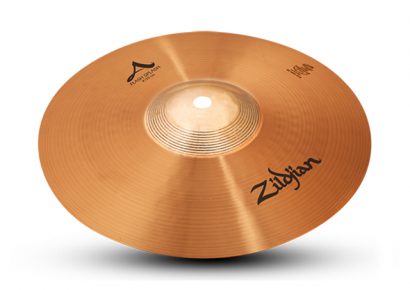