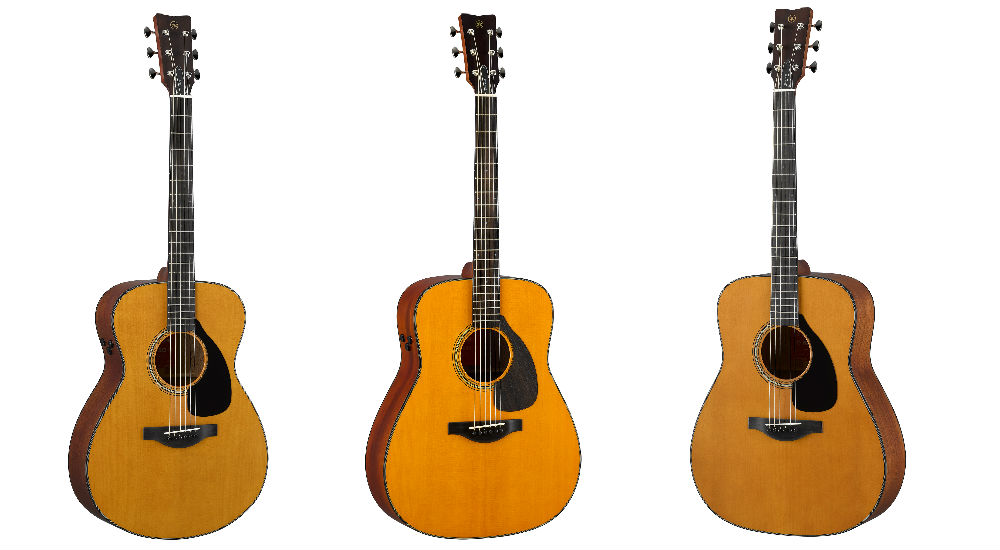 The new FG/FS Yamaha Red Label folk guitars – in what seems like almost every release of Yamaha guitars these days – claim to harness the style of classic guitars, with a few modern additions. This series in particular pays homage to the first of the Japanese built Yamaha production acoustic guitar model dating back to 1966 – the FG180. Yamaha coin the phrase ‘tradition meets innovation’ – and while some may argue that there isn’t much truly innovative about this particular series of guitars, you can’t fault the playability of a well-built acoustic instrument.

The new release of Red Label guitars come in a variety of different model variations based around two main body shapes: the slightly smaller-bodied Concert (FS), and the larger Traditional Western shape (FG). The key features in regards to construction material that is consistent across this series is the use of a solid Sitka spruce top, solid mahogany back and side, African mahogany neck with ebony fingerboard.

Apart from having a slightly rounder body shape, the FS models are around 30mm narrower and slightly shorter in body length and depth – though all guitars in this series share the same 25” scale length. In terms of model variations, there is the FGX5 and FSX5 – Japanese crafted instruments with all the bells and whistles: bone nut and saddle, solid ebony bridge-pins, wooden pickguard and hard-case. In addition, there is the more economical FGX3 and FSX3 – these models are made in China, and whilst still feel like solid guitars – use the cheaper urea material for the nut and saddle, along with plastic pickguard and bridge pins, plus come with a Yamaha soft-bag. The above mentioned models all feature the new Atmosfeel electronics system, which includes the combination of your standard undersaddle pickup with the addition of a body contact sensor, as well as being able to blend in the sound of an internal microphone. The FG5 and FS5 are the same Japanese built guitars as above, though without the Atmosfeel pickup system, and likewise with the FG3 and FS3 being the pickup-less Chinese version.

On initial inspection, all guitars are beautifully made. The solid sitka spruce top looks a treat, which is aged through Yamaha’s A.R.E. Acoustic Resonance Enhancement process – which also contributes to a tone similar to that of naturally aged guitars. The body is finished in semi-gloss finish, while the neck has a matte finish for smooth playability.

Picking up the guitar, the first impression is that these guitars are LOUD. The projection and tone is beautiful, whether you are gently strumming chords or finger picking. These guitars aren’t cheap, and they don’t sound it right from the first note. Whether you are articulating intricate parts or strumming heavily, the sound is clear. Note attack cuts through, yet it maintains a certain warmth – probably due to its aged solid top and mahogany body. The action of the Japanese models is primo – neither too low to cause buzzes, or too high that your fingers become fatigued. The larger bodied FGX5 test model seemed to have ever so slightly higher action than the smaller concert FSX5, but both exhibit quality workmanship. The cheaper Chinese-made FG3 test model while in isolation is still a great guitar, but in comparison to their Japanese brethren lacks a little of the projection, with action seeming a little rougher – probably due to the use of urea instead of bone for the saddle and nut.

These are the first of the guitars that Yamaha have equipped with their new Atmosfeel pickup and preamp system. The guitars that come with this system have three subtle black controls on top that have a remarkable amount of control of the guitar’s output. Inside the guitar, there is the standard under-saddle Piezo – designed to pickup the bottom-end attack of the bridge. This is combined with a sensor attached to the body, which is designed to capture the natural top-end of the string attack from the Sitka spruce top. The preamp system also has the ability to blend in the signal of an internal mic. While the pickup and body sensor output a sound that is sharp and detailed in attack, blending in the mic via the blend knob gives the sound incredible warmth. When amplifying, the pickup sound would be ideal when used in a band or ensemble environment for its ability to cut through, whereas dialling in more of the mic tone would suit the solo performer for its full-bodied and natural sound. A bass EQ dial allow you to control the amount of low frequency output, whilst the bass centre frequency changes depending on how much you dial it in. This is ideal for controlling unwanted low resonances when amplified on-stage. The preamp section is rounded out by the standard master volume control. Plugging this guitar into a PA yields an incredibly natural sound that as an audio engineer I haven’t come across before. The controls – while simple, provide a great amount of control over the output tone.

Overall, these guitars are very impressive and well-built acoustic instruments – with the FGX and FSX pickup-equipped models taking their great tone to the stage or studio. Personally the smaller FS concert style guitar was my favourite out of the bunch – it proved to be a more comfortable play, whilst sacrificing a minimal amount of volume based on the slightly smaller body shape. However, regardless of which model you choose – I think you’d find it hard to fault these guitars on tone and looks alone. 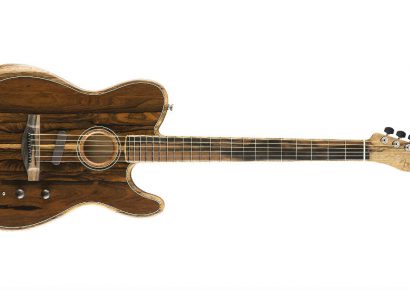