First and foremost the guitar itself is another example of the unadulterated quality that the Martin family name is synonymous with. Sitka top over sapele back and sides, it’s everything its bigger brother is, but scaled down to 1/16 the physical size. It has the same binding, nut, matte finish and all the trimmings, and has the same Fishman pickup mounted neatly just behind the lip of the sound hole. Yet another glorious example from the cream-of-the-crop of American guitar makers and few would expect anything less.

I’ll be honest, I didn’t exactly know what to expect when I first picked it up. Usually with smaller bodied guitars, most notably ones modeled on 50s and 60s era parlor or bluegrass styles, a lot of low-end is lost  to the lack of girth and replaced by the boxy mid range made famous by countless old timey blues guys. Surprisingly enough tough that characteristic was noticeably absent when I landed the first strum. It has all the warmth and boom of a much bigger guitar and is balanced out by a chirping midrange that has none of the beat up crackle that I expected to hear. In fact, if anything you could almost say that there was a touch of definition lacking in the top-end, however that could have been disbelief muddying my hearing as  I marveled at the incredible wealth and body of tone hidden away in such a small, Tardis-like package.

Not many companies, least of all ones that sit upon such a lofty pedestal as occupied by Martin Guitars, dare to issue themselves so difficult a challenge as presented in the Dreadnought Junior. Not only have they risen to the occasion however, they’ve done so with style and aplomb. The affectionately shortened D Jr. is a welcome new addition to a long line of classic, absolutely playable and untiringly musical guitars. 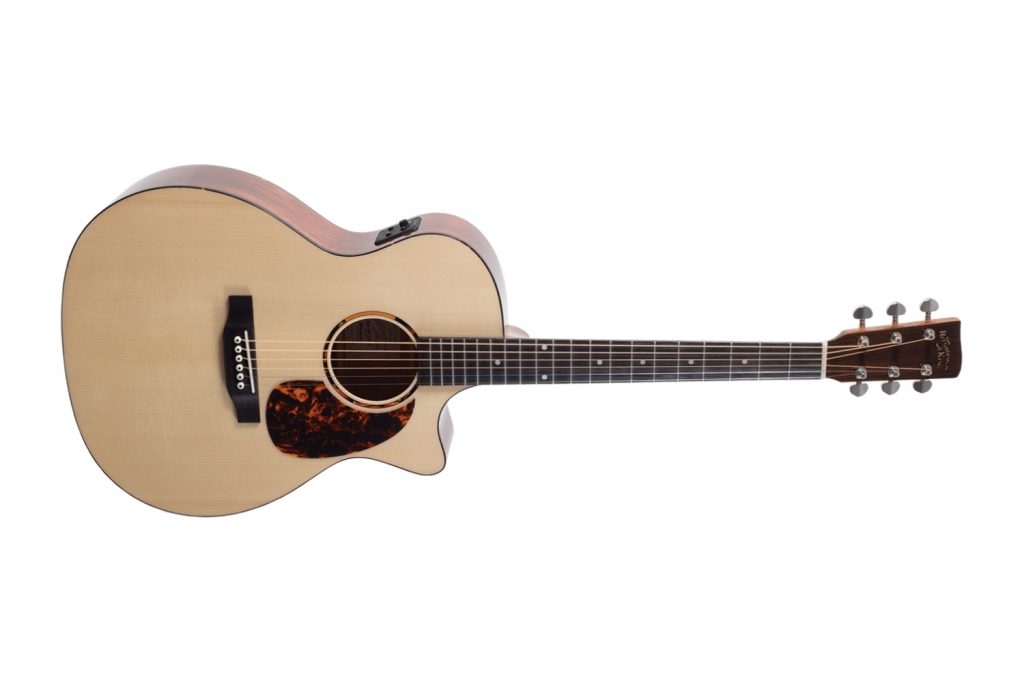