Lego is launching a Fender Stratocaster set in 2021 Modeled upon a fan-submitted design as part of the Music To Our Ears contest earlier in the year, the Lego Fender Stratocaster will be released as an official Lego Legends kit next year, and is expected to be made available in a wide array of colours.

At this stage, the details on the size of the kit are limited, but it’s unlikely that it’ll be anywhere close to the size of a real guitar, nor will it be as playable as a real Stratocaster. Nevertheless, it’s a fitting tribute to one of rock ‘n roll’s most beloved designs, and should serve to be a must-have addition to the collection of any Lego or Fender enthusiast.

LegoIdeas Design Manager Sam Johnson broached the topic of the Lego Stratocaster in a statement today, saying that ‘everyone has seen the Fender Stratocaster guitar, it’s super famous and we think it’s going to be exciting to bring this to life using LEGO bricks’.

Revisit this microtonal Lego contraption from earlier in the year. 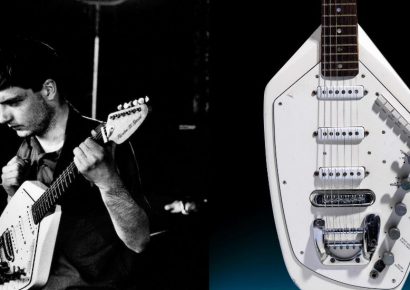