Dissecting the influence of the Finnish metal virtuoso.

The news broke of Alexi Laiho’s passing early last week, causing a wave of metal’s biggest names to reminisce on his influence, style and legacy.

As the lead singer and guitarist for Children of Bodom, a band that seamlessly melded influence from every corner of metal, he inspired a generation of musicians, reinvigorated some gear choices and became an icon of not only the rock ’n’ roll lifestyle, but also in his ability to improve and maintain his shred chops.

Children of Bodom songs are catchy, riffy and sometimes cheesy, but maintain a listenability despite being a band of very technically proficient musicians that could easily de-rail into a shred-fest. As an icon, influence and guitar hero, Alexi really was the Wildchild and continues to inspire us all and push the boundaries of what we can play.

Alexi, and Children of Bodom as a whole, have inspired countless player whether directly or not, as their influence reaches beyond their own dedicated fan base. Modern metal and metalcore were coming up during the mid-2000s, and C.O.B. managed to mix all of these influences together without sounding particularly like anyone but themselves. They pulled keyboards and ambience from gothic bands such Cradle of Filth, highly syncopated open-note riffs from the nu-metal bands of the ’90s and big chordy choruses from Alexi’s ’80s metal heroes Ozzy Osbourne, W.A.S.P. and Yngwie Malmsteen.

Alexi’s influence reaches beyond even his idols, providing endless re-invention and creativity with a 20 year career as frontman for C.O.B. as well as stints touring in bands like Hypocrisy and Impaled Nazarene with his signature offset V.

You’d be hard pressed to find a picture of Alexi without that famous V that he became so well known for playing, while he re-invigorated the body-shape for a new generation of players. The offset V was originally designed by Jackson and Randy Rhoads during the ’80s, and Alexi played both Jackson and later ESP variations of the guitars, the latter producing signature models from the early 2000s onwards.

Alexi’s guitar were usually fitted with a single EMG humbucker in the bridge position, providing both Alexi’s crunchy rhythm tone a la ‘In Your Face’ from 2005’s Are You Dead Yet?, as well as his searing, mid-forward lead tone. It’s important to note that EMGs can be lack a certain subtly due to the extreme levels of gain, which is a testament to the ability and precision of Alexi’s playing and the technique of both his hands. Because of the high output of the pickups and Alexi’s aggressive pick attack, there’s not much need for super high gain drives once the signal leaves the guitar.

Alexi has been known to play ENGL and Marshall (JVMs toward the end of C.O.B.’s career) primarily. He re-imagined the neo-classical style (or blatant classical in the case of that famous Vivaldi cover), and pushed the boundaries for metal playing as he bought style, groove and hooks back into a tired market, while simultaneously bringing a distinctly European sonic style to an international market, melding highly syncopated breakdowns and riffs with spacey keys and soaring leads, thanks to a Floyd Rose that gave him access to his distinctive flutter and dive-bombs.

Alexi, while having been voted one of the 100 Greatest Heavy Metal Guitarists of All Time, as well as winning Total Guitar’s Greatest Metal Guitarist Of All Time, is still a massively understated player which is a testament to his fame. Alexi’s allegiance to super high pickups coupled with beefy, mid-present amps such as Marshall and ENGLs require an unparalleled level of precision.

The progressive re-incarnations of ESP Alexi signature models began to include scalloped frets beyond the 20th, as Alexi had a wild vibrato style no how high up the neck he reached, which was assisted by the cutaway that ESP added, partially to differentiate the ESP guitars from the trademark Jackson shape. The scalloped frets helped Alexi grab hold of notes and shake them for all they were worth.

Lower down the fretboard, Alexi shaped and influenced a lot of modern metalcore riffs, often playing in a dropped tuning to assist in fretting power chords while reaching for fretted notes above them. Often playing in either D Standard or Drop B, Alexi would commonly use minor and harmonic minor scales that is common of his neo-classical shred heroes and peers alike.

In conclusion, the world has lost a legend but his legacy will live on, and not just for the few reasons we’ve discussed. As a player, Alexi stood for all the right things: practice, precision, fun, and above all, good songwriting. His skills were eclipsed only by his personality, a larger than life rockstar who loved metal and lived for the stage and studio. He re-invigorated a famous body shape for a new generation, paying homage to the late, great Randy Rhoads, and provided ESP with one of their best selling models to date.

Above all, Alexi proved that it’s not all about the gear, as Children of Bodom would often gig with fairly simple guitar rigs, usually just amps, guitars and minimal pedals. There’s not many artists that can attest to what Alexi Laiho stood for and lived by, and it’s for that reason that he’ll go down in history as one of the greats. 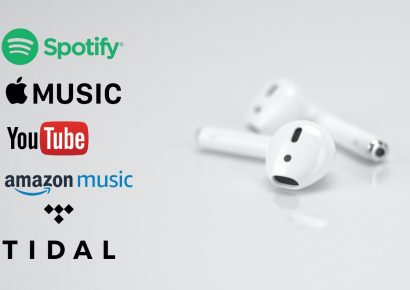