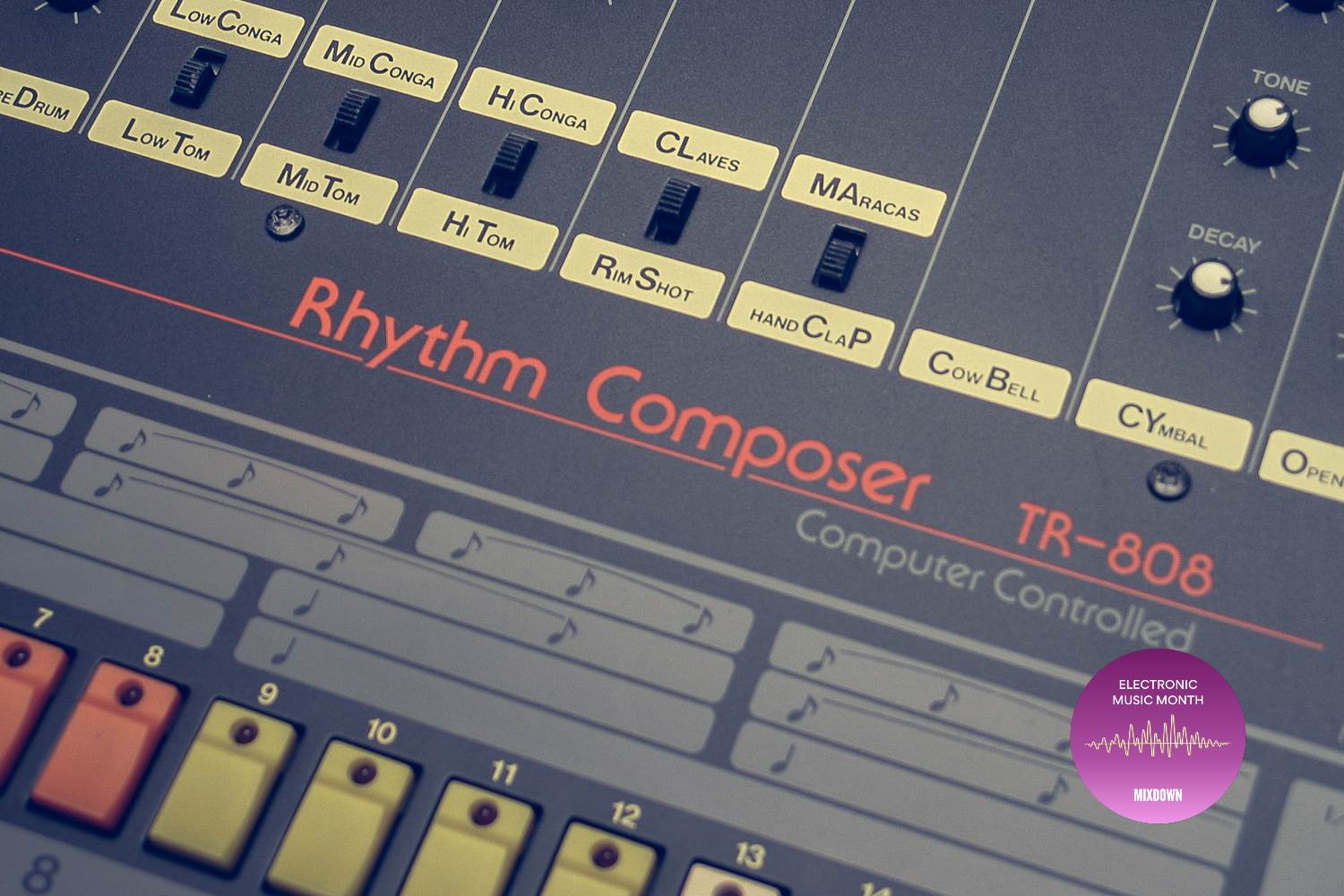 Tracing the history and many iterations of the drum machine

From humble beginnings to household names, for the better part of a century drum machine technology has evolved to become the extremely prevalent instruments that they are today.

They are the product of years of innovative thinking, of trial and error that resulted in redesigned and refined versions. Many of the drum machines created over the years are still in use today, all thanks to creative minds of the 1930s.

Some of the earliest innovation in the development of the drum machine occurred between the ‘30s and ‘60s, such as Leon Theremin’s Rhythmicon, Harry Chamberlain’s Rhythmate, and Raymond Scott’s Rhythm Synthesiser. Such inventions were intended to aid family sing-alongs, with many early machines – including the 1959 Wurlitzer Sideman – featuring preset rhythms for popular dances such as the bolero, samba, and waltz. The Roland CR-78 can be heard on such pop songs as ‘Heart of Glass’ by Blondie, ‘In the Air Tonight’ by Phil Collins, ‘Do You Really Want to Hurt Me’ by Culture Club, and ‘Check My Machine’ by Paul McCartney.

In 1980, Roger Linn created a pioneering invention he called the Linn LM-1 Drum Computer – the first drum machine in history to use samples. Artists including Peter Gabriel, Fleetwood Mac, and Stevie Wonder believed in the LM-1 in its beginnings, while the machine would go on to feature in defining hits of the decade, from the Human League’s ‘Don’t You Want Me’ to Prince’s ‘When Doves Cry’. Prince was a particular fan of the LM-1, owning several and using them in unusual and creative ways.

In the same year Linn introduced the LM-1, another iconic drum machine arrived in the world – the Roland TR-808. Opting for analogue rather than digital sounds, the 808 first became popular in 1982 with Afrika Bambaataa & Soulsonic Force’s ‘Planet Rock’. The 808 has cemented its place in musical history with songs dedicated to it, a Kanye West album named after it, and a hip-hop legacy that sees it remain the drum machine of choice for many artists today. The Oberheim DMX joined the LM-1 and 808 in 1980, proving important in shaping the sound of an emerging hip-hop scene alongside the 808. One of the first significant uses of the DMX in the genre was Run DMC’s 1983 track, ‘It’s Like That’. The DMX can also be heard on hits from the same year including New Order’s ‘Blue Monday’ and Madonna’s ‘Holiday’ and ‘Into The Groove’.

Many other innovations arrived after this notable year. Roland followed the 808 with the 909 – the semi-analogue, semi-sample-based hardware that earned the title of the first MIDI-equipped drum machine. The E-MU Systems Drumulator added the ability for users to create their own drum sounds, an indication of where technology was headed with the modern sampler. Roger Linn teamed up with Akai and produced the MPC60 in 1988, eventually returning to drum machines once more in 2011 for the Dave Smith Instruments Tempest. With the advent of digital music software and instrument emulations towards the end of the ‘90s, hardware gear fell out of fashion and drum machines began to be viewed as quite old fashioned. While drum machines were sampled and placed into libraries to be used in DAW’s it was not until relatively recently that hardware drum machines experienced a renaissance.

These days drum machines can be seen and heard in the gear list of big name artists from the worlds of pop, dance, hip hop and rock. Brands such as Roland, Nord, Elektron, AKAI, and Native Instruments are leading the way in continuing to innovate the instrument, integrating samplers and feature rich software with traditional hardware.

This article was originally published August 24, 2017.

Read about the best drum machines ever here.