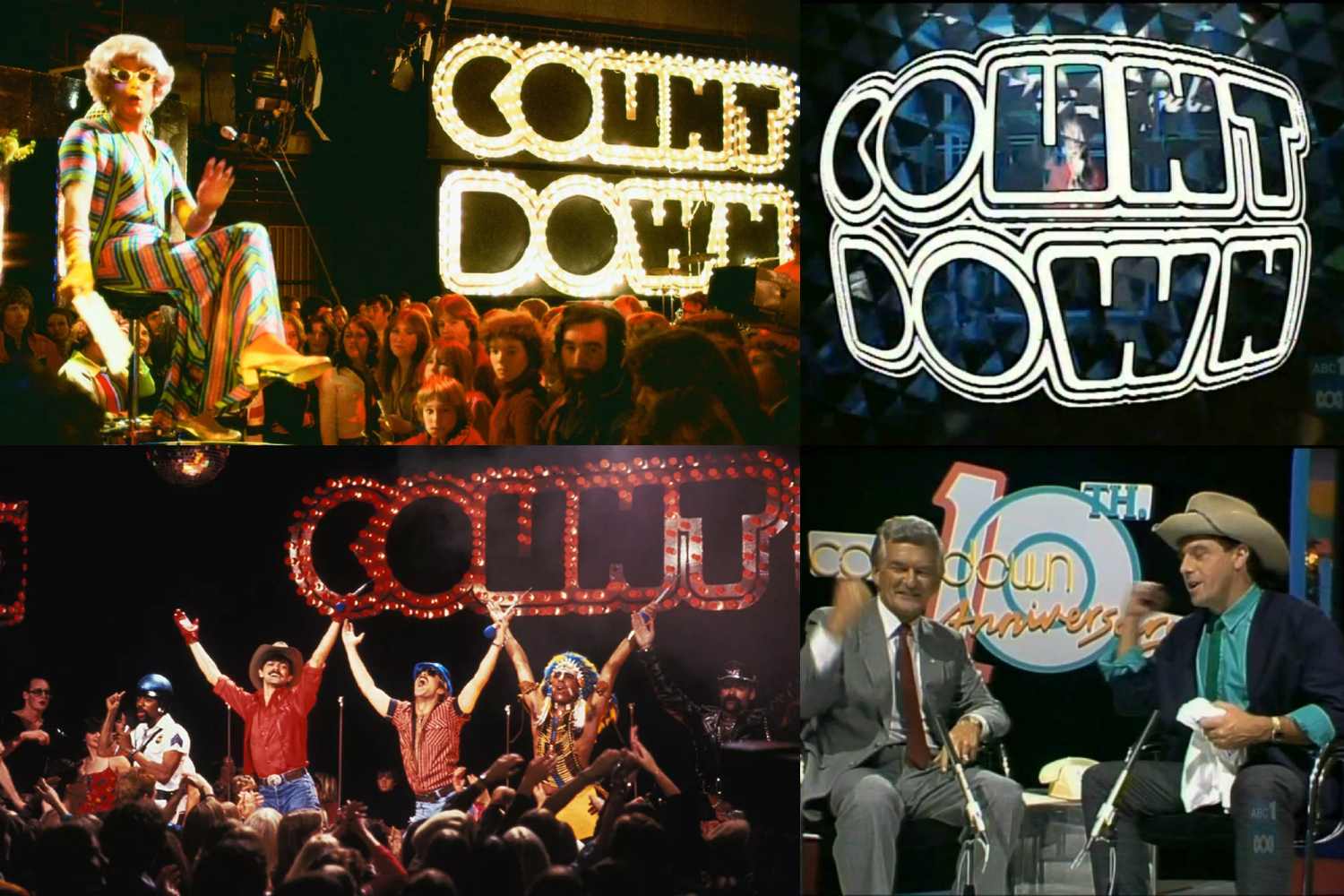 There are few Australian TV shows that have had a lasting impact on the cultural and musical landscape of this country more than Countdown. Running from 1974 to 1987, the show promoted both local and overseas musicians of its day, helping acts such as Madonna, Blondie, INXS, Kylie Minogue, and AC/DC score hits in Australia.

Perhaps just as iconic as the (mostly) lip-synched performances was the extremely unique interviewing style of the show’s host, Ian ‘Molly’ Meldrum.

When the news arrived that Countdown would be returning to ABC TV under the guise of Classic Countdown, we thought it would be the perfect time to revisit some of the original show’s classic moments.

This article was originally published August 23, 2017.

Due to her immense popularity down under, ’70s rocker Suzi Quatro appeared on Countdown as both a performer and guest host multiple times – however, this short station ID from Quatro in 1974 is one of the earliest examples of Countdown in its black and white form before its transition to colour…

… which occurred in 1975, with a spritely young and floppy haired John Farnham introducing audiences to both the first colour episode of Countdown and a performance of the classic glam jam ‘Horror Movie’ by Melbourne legends Skyhooks.

With Angus Young’s signature schoolboy shredding and Bon Scott dressed up as a short-skirted version of Pippy Longstockings, this performance kicked in the door for the band’s journey to world domination.

Probably one of the most underrated Australian songs ever written, this is peak ’70s Australia. Shredding guitar solos, groovy outfits, big hair, and cricket inspired lyrics comprise this tune from Sherbet – you can imagine Warnie bumping this one to himself in the shower.

This one is solid gold. A shirtless and evidently inebriated Iggy Pop mocks an exasperated Molly Meldrum during an album review on regular segment Humdrum, before performing a whacked-out lip sync to his 1978 single ‘I’m Bored’.

Watch for the flabbergasted audience reaction as they back away from the singer as he thrusts himself across stage in classic Iggy Pop fashion.

Another clip from 1979, this rarity finds Molly Meldrum interviewing reggae legend Bob Marley, presenting him with several gold album certifications and discussing his music as “a road to conciousness.”

Hang around for the last minute of the video, featuring outtakes from a befuddled Marley’s attempts to record station ID’s for the ABC.

In promotion for Fleetwood Mac’s 1979 album Tusk, Meldrum chats to one of rock music’s most important voices, Stevie Nicks.

If you’re well entrenched in Australian musical history (or New Zealand – let’s not mention that debate), you’d be well aware that the subtle genius of Crowded House was predated by the slightly weird art-rock group Split Enz.

Spearheaded by Neil and Tim Finn, this clip from 1982 shows the band performing their single ‘Dirty Creature’ live on Countdown.

While this wasn’t David Bowie’s first appearance on Countdown, this one from 1983 is definitely his most striking, with Bowie discussing the depiction of “an Indigenous people in a capitalist, mainly white society and the problems of the interrelationships between the two” in his music video for ‘Let’s Dance’, proving just how much of a legend the man was.

The Cockroaches perform ‘Some Kind of Girl’ (1987)

In Countdown’s final year, a moderately successful Australian pub rock group by the name of The Cockroaches performed their single ‘Some Kind Of Girl’.

While the band never really made it further than that, they did pave the way for one of the most successful Australian acts of all time – The Wiggles. Watch out for Jeff playing keyboards and Anthony shredding the guitar throughout the clip below.