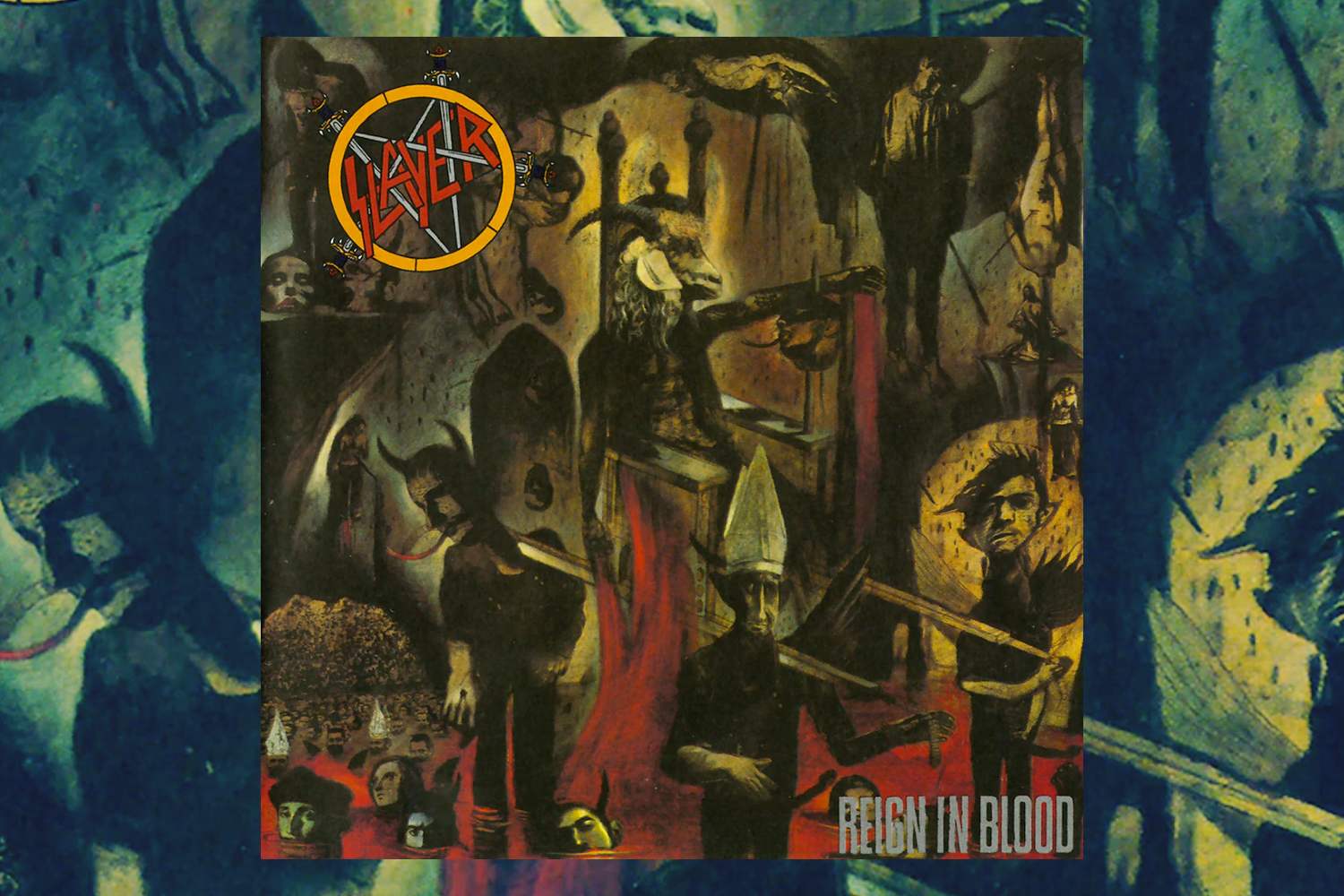 A celebration of the thrash opus

We thought we’d return to the record that cemented Slayer’s legacy as one of the greatest metal acts of all time: 1986’s Reign In Blood.

After achieving a moderate fan following from their first two records, Slayer brought in the big guns for their third effort, recruiting a young up-and-coming producer by the name of Rick Rubin to help the band achieve their vision while simultaneously playing faster, louder, and harder than ever before.

The result? An entry into the American Top 100 chart, a rampantly passionate fan following, and possibly one of the best metal albums ever recorded.

In celebration of Slayer’s impeccable legacy, we take a look at the gear used to record the genre defining thrash opus Reign In Blood.

The late Jeff Hanneman, who principally wrote most of the guitar parts and lyrics for Reign In Blood, tended to favour a B.C. Rich Bich guitar around the time Slayer recorded the album, which he attained from co-guitarist Kerry King. Fitted with two Dimarzio Super Distortion pickups and a Kahler Pro locking tremolo, Hanneman’s B.C. Rich Bich also featured an assortment of Slayer-esque stickers on the body, ranging from fellow thrash acts to vodka companies. To achieve a similar tone to Hanneman, Kerry King played a B.C. Rich Mockingbird guitar, which was also modified to include DiMarzio Super Distortion, proving to be one of the key factors in the making of the record. Later in his career, King went on to playing a B.C. Rich Warlock, and now has his own signature model.

For the majority of the ’80s, bassist and lead vocalist Tom Araya played a B.C. Rich Wave bass fitted with two P-Bass style singlecoil pickups. This bass would go on to be the inspiration for Araya’s signature model with B.C. Rich, which features a P/J pickup configuration and reverse headstock.

Both Hanneman and King used identical Marshall JCM800 2203 heads to achieve the gnarly thrash tone heard across Reign In Blood, paired with stock Marshall 4×12 cabinets. While their previous recorded efforts featured more studio effects, King is quoted in the book Precious Metal: Decibel Presents the Story Behind 25 Extreme Metal Masterpieces as saying that producer Rick Rubin was the inspiration behind the stripped back sound on the record, with his “less is more” approach pushing Slayer to focus more on speed and efficency than effects. “It was a different mentality. Right away, the first thing you notice is that there’s no reverb on it. That allows it to be way more threatening – it hits you in the forehead. [Rick] Rubin really cleaned up our sound on that record, which drastically changed what we sounded like and how people perceived us. It was like, ‘Wow – you can hear everything, and those guys aren’t just playing fast; those notes are on time.’ It was what we needed to be.

Before that, we were happy to sound like Venom or Mercyful Fate. We played in Reverb Land, for lack of a better term. And the reverb was the first thing Rubin took out. When we heard the mix, we were like, ‘Why didn’t we think of that before?'”

While he now plays a Marshall 1992 Lemmy Kilmister head live, Araya recorded most of his bass parts on Reign In Blood through a massive Ampeg SVT head, paired with a classic 8×10 fridge cabinet.

While there’s been no confirmation from any of Slayer’s members, the guitar tones on Reign In Blood sound like they’re being pushed by the classic Ibanez Tubescreamer overdrive. To achieve the tone heard on tracks such as ‘Raining Blood’ and ‘Angel of Death’, set the controls on your amp to: Gain – 7, Treble – 7, Mid – 2, and Bass – 9, and plug in an overdrive with the gain set past 12 o’clock to bring in the fury.

Unfortunately, not much information from drummer Dave Lombardo’s drum setup around the recording of Reign In Blood seems to exist. However, if it’s anything similar to his most recurring live setup, then it’s possible Lombardo was using a Tama Starclassic Kit, complete with two 24″x18″ kick drums, three toms, two rack toms, and two floor toms of various sizes, as well as a 14″x5″ hammered brass snare with a Remo head.

Cymbals-wise, Lombardo tends to rely on Paiste cymbals, making use of up to nine different rides, crashes, and hi-hats. Watch him run through his drum parts for the epic ‘Raining Blood’ above.

Check out isolation not interrupting the Slayer shred back in 2020.