If there's one instrument we tend to neglect the most here at Mixdown, it's undeniably the human voice.

Today, we’re aiming to rectify that oversight by taking a deep dive into some of best singers to come from down under. From hard rock icons to understated titans in their field, we’re exploring some of the most gifted, versatile and unique vocalists to have ever come from Australia, celebrating their contributions to our local canon as well as their impact and achievements abroad.

So, without any further ado: our picks for the 25 most iconic Aussie vocalists of all time.

Who better to kick things off than one of the biggest Australian voices of the last decade? Whether it’s on her own chart smashing hits, mega-star collaborations or forgotten electronic anthems, you’d be hard-pressed to find anyone who isn’t acquainted with Sia Furler’s distinctive vocals, and she totally kills it every single time she’s on a track.

Despite actually being born in Scotland, Barnsey’s voice is as uniquely Australian as a mud-splattered VY Commodore with green P-plates and a significant lack of tyre tread. Barnsey literally defines the Australian experience, and his pipes have only gotten better with age, and that screaming thing he does is eternal.

Nick Cave isn’t famous for being a technically gifted vocalist, but there’s few voices in contemporary music as instantly recognisable as his drawling baritone. Also, all the yelps, screeches, grunts and growls that he used to pepper throughout The Birthday Party are about as chaotic as any Australian singer has ever gotten.

Unlike the fate of many of his Australian Idol contemporaries, Guy Sebastian has gone on to enjoy an amazingly successful career, and his pipes are just as renowned around the world as they are at home. Sure, his music’s a bit vanilla at times, but you can’t deny the dude’s got some serious talent.

Look, Paul Kelly is by no means a singer’s singer, but it’d be a complete travesty to remove him from any conversation about iconic Australian vocalists because of that. His vocals are as distinctive as they come, and if there’s anyone who could ever be considered as the Aussie equivalent of Bob Dylan, I can guarantee that Paul Kelly’s name is going to be brought up every single time.

Possibly the most underrated Aussie singer of all time, Kate Miller-Heidke’s voice is something else entirely. Whether she’s singing for the New York Metropolitan Opera, representing Australia at Eurovision or performing onstage at Coachella, Miller-Heidke’s classically trained vocals never fail to dazzle, and her 2014 independent breakaway O Vertigo! is destined to go down as a huge moment in Australian musical history.

It’s easy to forget that Missy Higgins was only 21 years old when The Sound Of White captured the Australian conscience upon release in 2004. Featuring hits like ‘Scar’ and ‘The Special Two’, Higgins’ breathtaking voice was immediately recognised and celebrated by the public, and she’s only continued to amaze ever since.

There’s no debating this one. Whether he’s flexing his falsetto range on ‘Aerial Love’ or scorching his vocals on early Silverchair tracks like ‘Israel’s Sun’, Daniel Johns is a remarkably talented vocalist. Need proof? Listen to his performance in the second verse of ‘The Greatest View’ – that’s straight from the soul.

The undisputed queen of Australian rock. Best known as the charimastic lead vocalist for ’80s outfit Divinyls, Chrissy Amphlett’s singing voice is completely of its own, with tracks like ‘Boys In Town’ and ‘I Touch Myself’ showing off her remarkable range and undeniable microphone presence. Truly legendary.

Best known as the frontman for new wave icons Men At Work, Colin Hay has also enjoyed quite a successful solo career as a vocalist, and his voice is just as powerful today as it was back in the ’80s. It doesn’t get much more smoother than this.

It’s probably a bit generous to label Peter Garrett as a ‘talented’ vocalist, but there’s certainly no denying him as one of the most iconic Australian vocalists ever. His presence, tone and enunciation is instantly recognisable all around the world, and the fact that he knows how to captivate a crowd with his manic dancing can’t hurt either.

One of the most influential Australian voices in recent memory, Nai Palm’s soulful tone, remarkable range and ability to harmonise is simply out of this world. On top of her work with Hiatus Kaiyote and as a solo artist, Nai Palm’s vocals have also showed up on tracks with Drake, Kendrick Lamar, Jay-Z and Beyonce – need we say any more?

The man, the myth, the legend. Wally de Backer’s work under the Gotye moniker is the stuff of Australian music folklore, with ‘Somebody That I Used To Know’ and ‘Heart’s A Mess’ showing off his tender vocal tones and versatile range alongside a wonderfully idiosyncratic production style.

Is there a more obvious pick? The original AC/DC frontman set a new benchmark for what should be expected in a hard rock vocalist in the 1970s with his shrieking vocals, and even to this day, there’s still never been a greater Australian frontman. Bon Scott is eternal.

One of the most soulful voices to have ever emerged from Australia, Renée Geyer shot to superstardom in the ’70s with songs like ‘It’s a Man’s Man’s World’, ‘Heading in the Right Direction’ and ‘Stares and Whispers’, with her powerful tone and dynamic range earning her a spot among the all-time greats.

Watching Matt Corby’s evolution from evangelical teenager to folk-rock maverick to his current status as Australia’s answer to D’Angelo has made for one of the most inspiring career trajectories in recent memory. Of course, Corby is a gun multi-instrumentalist and a red hot producer as well, but you simply can’t ignore a voice like his.

Rising to prominence with her impassioned cover of Warumpi Band’s ‘My Island Home’ in the 1990s, Christine Anu has gone on to be one of the most celebrated Australian singers of the modern era, with her profile being boosted astronomically through her iconic perfomance at the 2000 Sydney Olympics Closing Ceremony.

A longstanding national icon, John Farnham’s gift as a vocalist has seen him maintain artistic relevancy over a whopping six decades. Whether it’s ‘Sadie The Cleaning Lady’ in the ’60s, ‘You’re The Voice’ in the ’80s or at any A Day On The Green concert of the last twenty years, Farnsy manages to rouse the masses unlike any other, and his consistency remains unparalleled.

Whether he’s charming FM radio listeners with Birds Of Tokyo or using his vocal range to masterful effect with Karnivool, Ian Kenny is certainly one of the country’s most recognisable vocalists, and his ability to write a catchy melody ranks right up there with the best. Just don’t bring up that god awful song he did for the West Coast Eagles…

The late Dr. G Yunupingu is internationally recognised as a vocal powerhouse due to his gorgeous diction, vocal range and tone. The breakout success of his 2008 debut garnered praise from international heavyweights like Björk and Elton John, and he’s considered as one of the most commercially successful Indigenous Australian artists of all time.

While his voice may have lacked the range and versatility possessed by some of his contemporaries, Michael Hutchence’s husky baritone certainly made quite an impact on listeners nonetheless. The INXS frontman is internationally renowned for the sheer power and passion of his vocals, and you’d be hard pressed to find a sexier Australian accent on any record, ever.

It’s easy to forget just how big of a deal Natalie Imbruglia was in the ’90s. After rising to prominence through an acting role on Neighbours, Imbruglia released her world-conquering cover of Ednawasp’s ‘Torn’ and her seven million unit selling debut album Left Of The Middle to widespread acclaim, with subsequent efforts only further asserting her status as one of the all-time greats of Australian pop.

Sure, he’s no Barbara Streisand, but you can’t subjugate Gareth Liddiard from any conversation about important Australian vocalists. Whether it’s with The Drones, Tropical Fuck Storm or on his own solo material, Liddiard’s bogan snarl is limitlessly inspiring, and the way he savagely contorts his enunciation of selected lyrics is paramount to his talent as a vocalist.

Tina Arena is one of Australia’s biggest selling artists of all time, which really comes to no surprise when you hear her otherworldly soprano in action. After getting her big break on Young Talent Time as a bright-eyed teen in the ’80s, Arena went on to dominate the world with singles like ‘Chains’ and ‘Show Me Heaven’, and now sits as a board member on the Australian Council for the Arts – not a bad career progression at all.

Much like Liddiard, Brendan Huntley’s vocal ability isn’t one that’s mired in technical ability or versatility, but that’s no reason to discount the Eddy Current Suppression Ring singer. Without Huntley on the mic, it’s debatable as to whether Australian accents would even exist in contemporary music, and his influence on the international garage rock scene is next to none. 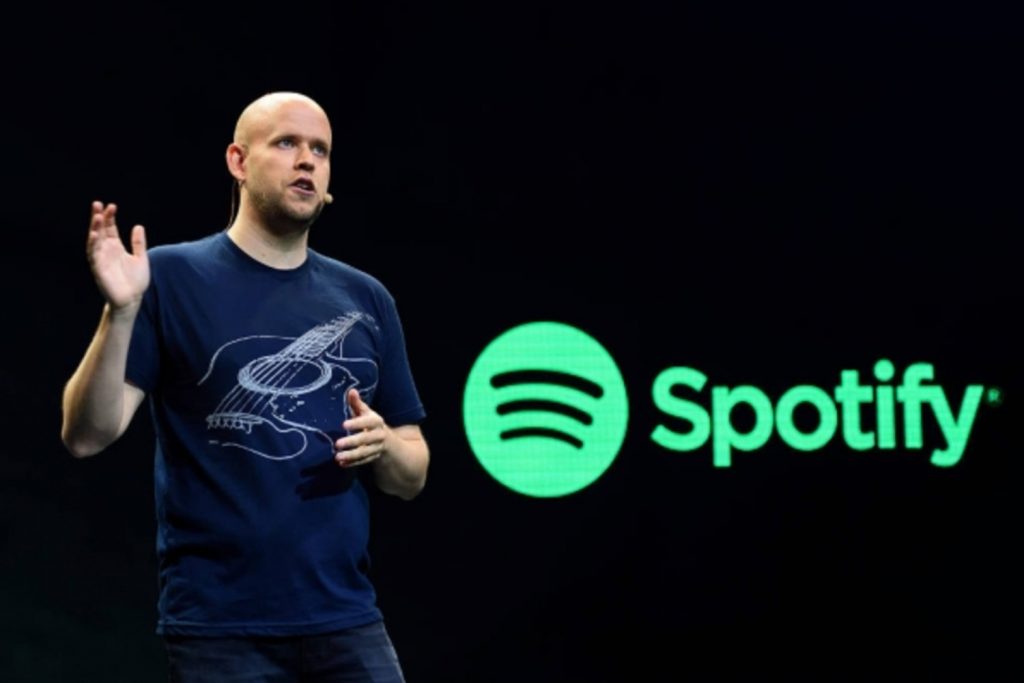