Surprisingly enough, Mark Speer’s only touring guitar is this Classic Series ’70s Stratocaster in a stunning natural finish. Speer added in two DiMarzio Cruiser pickups in both the neck and bridge, and a TUSQ saddle and string trees. After changing the pickups, Speer wired up the connections incorrectly on accident, rendering some pickup positions in a strange state of out-of-phase limbo – which Speer then incorporated into his playing. Amazingly, Speer has been playing with the same green Tortex pick (which can be often found stuck in his guitar’s pickguard) for years. This utilitarian approach is mirrored in his string choice – D’Adarrio Chrome flatwound .010s – which are only changed once per tour.

Laura Lee’s main bass is this funky looking SX J-style bass. This guitar has been upgraded with DiMarzio Ultra Jazz pickups, and astoundingly bears the same D’Addario Chrome flatwound strings from the day Lee bought it – over nine years ago. Lee plays with the ashtray cover attached, and stuffs the interior with grey foam, as seen below in her backup guitar.

Unlike Speer, Lee brings a backup guitar with her on tour. This knockoff Hofner-esque guitar was bought by Mark Speer at a pawnshop, and features a hollow body with a shortened scale.

Mark Speer tours with two copies of the ever-popular Fender ’68 Deluxe Reverb Silverface reissue, with one serving as a backup.

To match Speer, Laura Lee plays through a late ’60s Fender Silverface Bassman Ten, with another waiting in the wings as a backup amp.

Speer begins his effects chain with a Dunlop Fasel Crybaby Wah (unpictured) – which is engaged at all times throughout the set. Following that is plenty of modulation: a Boss PH-3 Phase Shifter, Electro-Harmonix Holy Grail, and a Strymon El Capistan. The only dirt Speer uses is a Boss DS-1 Distortion, backed up by the MXR Dyna Comp Mini. While the Wah is powered by a battery, the rest of the board is juiced by a Cioks DC5, sitting pretty under Speer’s PedalTrain Nano.

Yep, that’s it. The lone effect in Laura Lee’s chain is simply a gorgeous-looking Keeley Bass Compressor. In an interview with Premier Guitar, Lee admits she only uses this pedal to have her cable stemming from the front to avoid getting tangled up on stage. For functional purposes, Lee leaves this compressor on at all times simply for tonal consistency when performing live. 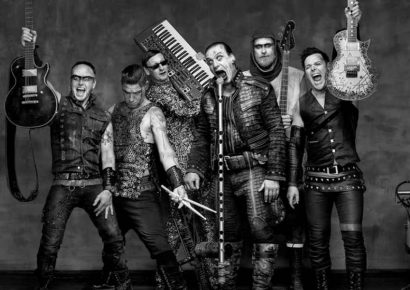