Limiter vs Compressor: What’s the difference and when to use them What is the go with dynamics processing?

For those familiar with what compressors and limiters do, you might have asked the question, what’s the difference? The short and simple answer is that a compressor handles ratios below 10:1 while anything above 8:1 is bonafide limiter territory.

That little ratio number is actually very important in regards to the finished product, with the ability to go from ‘borderline imperceptible tickle’ to ‘brickwall nuclear guillotine’ simply by where it is set and the way in which it relates to the threshold and other dynamics parameters.

This one little facet within the broader concept of dynamics control can be used for all kinds of creative and dry, utilitarian applications alike, once we know how to harness these interrelationships.

Shaving a dB or two off a vocal, significantly altering the envelope of a drum sound or preventing a clip at the master bus are all extremely useful tools in the studio and all require a completely different ratio setting from one another, thus it is extremely important to understand the broader concept of dynamics processing and its intended applications before we move into the Compressor vs Limiter argument. In the early days of audio engineering, compressors and limiters were both under the masthead of ‘levelling amplifiers’. This is great at describing what they do, as they create a more consistent level for the audio signal that is fed through them but the two have different applications and parameters in the modern day.

In most cases, this keeps us safely below digital zero while still imparting their smooth levelling properties onto our signal (obviously with a bit of level matching on the way out to make up for the resultant dip in RMS volume that tends to happen in the attenuation process).

A compressor becomes a limiter typically when there is a ratio above 8:1, with most limiters having an infinite:1 ratio and in most cases there won’t be an option to select one. This high ratio is to – excuse the pun – limit the audio from going above a set volume, as opposed to just taming it.

Another subtle difference between the two is that limiters typically have faster attack and release times than compressors do. In modern times a lot of plugins handle both these responsibilities but in the hardware compression world they are reasonably separate, although there are a few that tackle both duties.

Examples of classic hardware units that can be used as both compressors and limiters include the Empirical Labs Distressor, Urei 1176 and the DBX 160.

An instance of where you’d turn to a limiter and not a compressor would be in mastering, where you want the output level to not exceed -0.3dB to prevent audio clipping and inter-sample peaks generated from down-sampling audio to consumer levels (i.e. MP3’s).

Compression and limiting are powerful tools when used correctly, so it’s important to understand the difference between them and when to use each of them in your mixing/mastering endeavours.

Great uses of both compression and limiting would be on vocal chains, where you want the vocalist to shine over all other elements in a mix. You’d want to do this subtly, after your regular vocal compression, taking only a couple dB off the top.

When mixing drums, it’s common practise to “smash” the room or overhead mics to make the drum kit stand out in the mix. For budding engineers aiming to get the Tame Impala drum sound, you’ll probably end up in limiter territory on these channels as opposed to regular compression.

Limiters and compressors can also be used creatively. For example, driving something really hard through a limiter can create harsh artefacts, which might sound pleasing in some settings. Some ambient productions feature a channel pushed hard into a limiter and then reverb is added after to soften the newly added textures.

Side chain compression, which is fairly common in dance music, creates that sucking sound when the kick drum hits and is usually a compressor doing the hard work. In some cases utilising a limiter instead can make the effect more drastic and pronounced.

In other dance music uses, it’s pretty commonplace to use a limiter on individual channels or instrument buses to obtain a loud sound in the mixing stage, with the hopes of taking the RMS level sky high in the mastering process. Dance music doesn’t play by the rules (a la integrated -14 LUFS)  due to DJ equipment not normalising levels like Spotify and other streaming platforms do.

Due to this, producers are still pushing limiters to their limit, obtaining ridiculously loud final masters. If you thought the loudness wars were over, they surely aren’t, and compression and limiting are at the forefront of tools used by engineers to get it there. In select situations, saturation is used as a pseudo limiter but that’s a story for another time.

Now that you’re aware of the differences and when to use them, go get your dynamics under control!

For more on this topic check out this article on compression from Universal Audio. 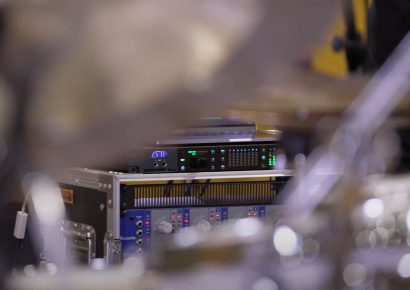