His music consists of heavily processed synthesiser soundscapes, long ambient drones and arpeggiators, modulating constantly to create a never repeating sonic palette. His work pioneered modern ambient music and had an impact on the electronic music landscape as a whole, with his influences seeping into a range of genres such as techno and trance.

Today, we honour his memory with a gear rundown of the genius himself.

The EMS Synthi A was the first synthesiser that Schulze purchased way back in the late ‘70s, and has remained in both his live and studio setups ever since. Schulze has stated that to him, this synth is an “atmosphere creator”.

The imperfect nature of the oscillators and how the programming works, Schulze would constantly go back to it because he was never to replicate the same sound twice. Offering endless drones and atmospheres for his compositions. The MiniMoog is arguably one of the most legendary and sought after synthesisers to ever hit the market. Known for its thick and rich sound, the MiniMoog was a perfect addition to add big sounding drones and basses to his music. Schulze stated that “the secret of the MiniMoog is that it has three oscillators that always go a little bit out of tune, and this creates a fat sound” The patchability of the Moog Modular means it is competent of a wide variety of tones and timbres, and it’s very capable of creating the deep and atmospheric drones that Schulze was known for. The Roland SRV2000 is a rack mounted digital reverb unit that was a favourite of Schulze’s, who was known to have multiple in his studio. Although digital reverbs are known for their clarity and perfection, Schulze liked the SRV2000 specifically because it wasn’t, stating that it “works like the tape echoes in the old days, where the processed sound deteriorates. If delays and reverbs are perfect, you get sterile results. But with imperfect delays, you can distinguish the original sound from the delayed sound”.

Schulze would employ multiple units on one sound, giving them “slightly different delay times, and panning them differently,” helping to create a wider sound and minimising any repeats. Schulze preferred to use analogue harmonisers, again to thicken up sounds he would run through it. Multiple units of the Eventide Harmonizer H949 could be seen in his studio. When asked why he favours the H949 units, Schulze said: “Because they have this kind of internal modulation. When they heat up, the sound becomes more fuzzy. By contrast, digital harmonisers are sterile.”

Again, the imperfect nature of analogue synthesisers and outboard effects were preferred as they created new and unintentional dynamics that are lost in perfect digital replicas and recreations.

Large analogue mixing desks were a must for Schulze, who famously hated to patch things in and out of the desk. The Soundcraft 6000 has 92 inputs, which he then would expand with additional mixers for over 100 inputs, allowing for his entire studio to be patched in and ready to record at a moment’s notice.

Schulze also preferred analogue desks due to the knob-per-function design, allowing him to use the desk in a more musical way. “I like to see what I’m doing all the time, and all at the same time… I don’t have to go first to this or that page to check the EQ setting on a certain instrument… when you use the parameter access system, whether on desks, computers or keyboards, you get out of that emotional state.” To bask in the brilliance of Schulze a little more, check out this live performance from 1977. 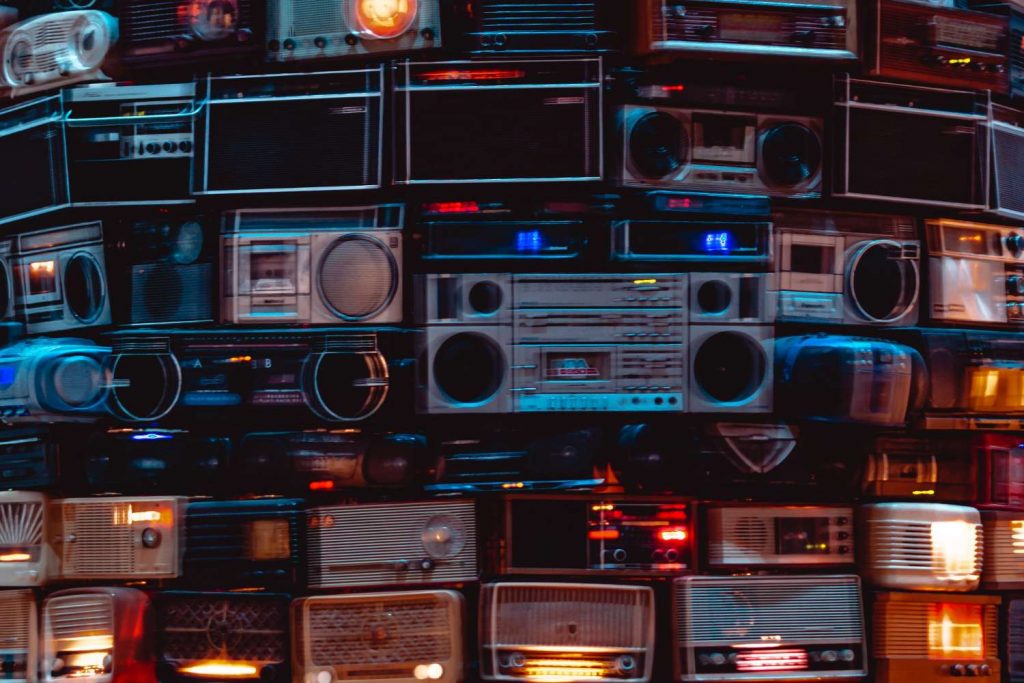 Quick Guide: How to transfer your electronic performance to the live stage